Published in 2021, The Marlow Murder Club by Robert Thorogood follows seventy-seven-year-old Judith who lives on her own in a faded mansion just outside Marlow. To keep herself busy, she sets crosswords for The Times newspaper. There’s no man in her life to tell her what to do or how much whisky to drink, and that’s just how she likes it. One evening, while out swimming in the Thames, Judith witnesses a brutal murder. The local police don’t believe her story, so she decides to investigate for herself, and is soon joined in her quest by Suzie, a salt-of-the-earth dog-walker, and Becks, the prim and proper wife of the local Vicar. Together, they are the Marlow Murder Club.

A funny, light-hearted, and engaging murder mystery, The Marlow Murder Club is a well-written book with likeable characters and a lot of humour.

Of course, it’s bound to be compared to similar books in its genre with its older lead characters who take it upon themselves to solve a mystery as there are many shared qualities. But Thorogood adds enough originality to stand out on his own, and I especially enjoyed how Judith’s love of crosswords plays into the puzzles.

It did take me a while to really get into the story as I found Judith incredibly nosy and couldn’t understand why the police were, firstly, so bad at their own job, and secondly, encouraging Judith to get in their way. But as the characters start to bond, I soon warmed to them and would look forward to a second instalment.

I did predict how the murder mystery was going to play out because I spotted that there were too many coincidences and have read similar before, but I still enjoyed how the story developed. So if you’re looking for an easy weekend read or welcome the humour of books led by older characters, you’re sure to enjoy this one. 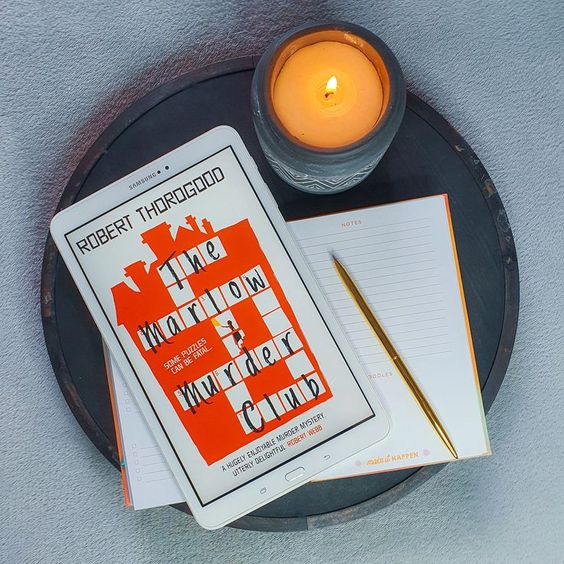