“There is a fine line between coincidence and fate…”

Set to be published on 27th January, Pandora by Susan Stokes-Chapman is set in London, 1799, where aspiring jewellery artist Dora lives with her uncle in what used to be her parents’ famed shop of antiquities. When a mysterious Greek vase is delivered, Dora is intrigued by her uncle’s suspicious behaviour and enlists the help of Edward Lawrence, a young antiquarian scholar. Edward sees the ancient vase as key to unlocking his academic future. Dora sees it as a chance to restore the shop to its former glory, and to escape her nefarious uncle. But what Edward discovers about the vase has Dora questioning everything she has believed about her life, her family, and the world as she knows it. As Dora uncovers the truth she starts to realise that some mysteries are buried, and some doors are locked, for a reason.

Weave together historical fiction and Greek mythology and I am in! Beautifully written and rich in atmosphere, Pandora is a treat for the senses with its intoxicating descriptions. From the feel of the damp cobbled streets to the aromas of the antique shop, Susan Stokes-Chapman fills her story with delicious detail to deliver a truly immersive experience.

The book took me a while to get into as it seemed to take me a really long time to read it at the start. I suppose that happens a lot with historical fiction as you take more time to understand the time period and characters, but it did feel like an effort at first as it takes a while for things to really start happening.

I soon got into the story, however, as I got to know Dora more and really begin to admire her aspirations. As a female character who is trying to make a name for herself in a time when women were seen and not heard, she’s a very easy character to relate to, so I enjoyed seeing Edward help her to come out of her shell.

The discussions around Greek myth are what make this such a fascinating and original read, and I really enjoyed the mystery around the vase. However, I was waiting for something darker to creep up on the characters as I felt like the power of the vase was only teased at, so I didn’t feel the unnerving threat of this seemingly inanimate object that I was seeking.

As a debut novel, Susan Stokes-Chapman has written a truly impressive book that delivers on character and setting, the two things you need from a piece of historical fiction. I wanted a little more of a punch to really love this, but there’s so much about this story that will stick with me. 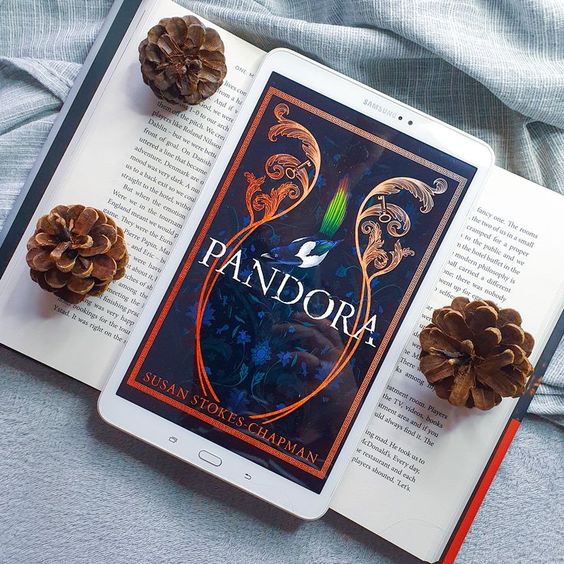