Originally published in 2005 and the fifth book in the Grant County series by Karin Slaughter, Faithless follows Georgia medical examiner Sara Linton and police chief Jeffrey Tolliver who, while taking a walk in the woods, stumble across the body of a young girl. Incarcerated in the ground, all the initial evidence indicates that she has, quite literally, been scared to death. But as Sara embarks on the autopsy, something even more horrifying comes to light. Something which shocks even Sara.

A fantastic continuation of the series, Faithless sees Sara and Jeff investigate another dark and intriguing case as their relationship faces another obstacle. Now, it’s time for Sara to make a decision, but there’s some history liked to the case that she needs to unravel first.

I love this series and these characters so I devoured this book, but this is probably my least favourite instalment in the series so far. The case isn’t quite as shocking and the development isn’t quite as strong, but I still loved it, of course, and am forever impressed by Slaughter’s masterful storytelling.

And while things moved more slowly with this instalment, I have a feeling that it’s leading up to a big event, and I’m so excited to read Beyond Reach/Skin Privilege next! 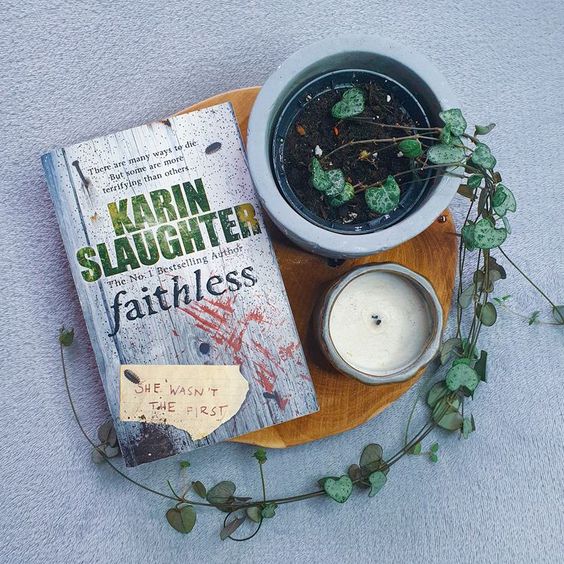