“No one expected them to go there. The question is: will any of them leave?”

Set to be released on 3rd February, The Lighthouse by Fran Dorricott follows six friends who travel to a remote island north of the Scottish Highlands for an old school reunion. They’ve rented The Lighthouse – a stunning, now abandoned building that was once notorious for deaths at sea. On the first evening, James goes missing, but is found the next morning, terrified, refusing to say a word about where he’s been. The party vow to put the strange night behind them, but more unexplained things begin to occur. It’s clear James knows something, but nothing will persuade him to give up the secrets of the island. Is he protecting his friends from a terrible truth, or leading them into more danger?

Thank you to Avon for a free copy of this book in exchange for an honest review.

I’m a sucker for a book with a lighthouse on the cover. Add in the praise of being described as a “powerfully atmospheric suspense novel with a gothic edge”, how could I refuse?!

The Lighthouse is a well-developed thriller set on a remote island that slowly builds up a sinister feeling and heightens the emotions with its isolated setting.

The set-up of the story kicks off the book brilliantly, as you began to get to know these likeable characters and anticipate what’s going to go wrong. I especially enjoyed hearing about the folklore surrounding the lighthouse and the concept of a ghost haunting the building. But for me, I needed a few more scares to really build up the atmosphere.

It’s obvious that the friends are feeling the tension and you can feel their fear of what’s going on in the lighthouse, but it isn’t quite described well enough for the reader. By the halfway point, there’s only really a broken mirror to go off, so I needed more creepy occurrences like this to really make me believe in the presence of a ghost. But then I do like to be scared, so those looking for a lighter thriller will likely enjoy how this excellent location adds more tension to the situation.

I definitely began to feel the chills towards the end, as the final confrontations put your nerves on edge. But then the quick and somewhat confusing wrap-up left me wanting more! I can see why it was written this way, but I just didn’t find it very effective, whereas a different ending would likely have turned my opinion around more.

This was my first book by Fran Dorricott and I will definitely read more by her in the future as I enjoyed her characterisation and pace. I personally needed a little more action, but I’m certain that this is going to be a very well-liked thriller this year. 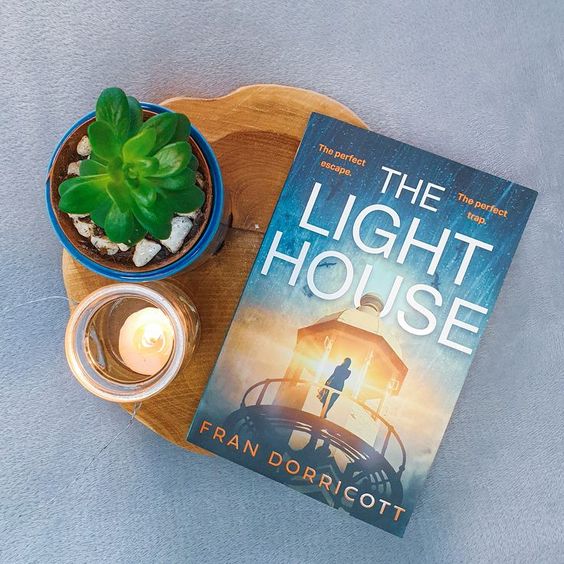 One thought on “Book Review: The Lighthouse by Fran Dorricott”