“A house built on secrets. An old woman haunted by her past. A young woman fighting for her life.”

Set to be released on 3rd February, The House Of Ashes by Stuart Neville follows Sara in the wake of a nervous breakdown when her husband, Damien, uproots them from England and to his native Northern Ireland. Sara is jobless, knows no one, and doesn’t have a car — a prisoner in her own house. When a blood-soaked old woman beats on the door, insisting the house is hers before being bundled back to her care facility, Sara begins to understand the house has a terrible history her husband never intended for her to discover.

Today is my stop on the Compulsive Readers book tour for this book. Thank you to Zaffre for a free advanced copy of this book in exchange for an honest review.

A dark and chilling gothic psychological thriller, The House Of Ashes is a spooky and disturbing story with an atmospheric Northern Irish setting.

The atmosphere feels very strong throughout as you really get a sense of the isolation that these characters were forced into. It’s a very harrowing story, but although it’s primarily a story fuelled by abuse, manipulation, aggression and control, it’s also about resilience and female empowerment. Because while there are elements of the paranormal that haunt in the background, the situations that these women go through all feel very real and compelling, making a very powerful read which explores many relevant topics.

The story is told through two timelines – one in the present and one in the past – and also through multiple perspectives. What I loved most about this book is how each narration feels so different. The first is told through English-born Sara, another is told through a young Mary who talks in quite a common and fragmented way, and then there are two older Irish women who use common Irish phrases.

I haven’t read a book that has done this before so I really enjoyed this authentic feel to Neville’s writing. The ending does leave a few things unresolved so I was hoping for a little more in the final few chapters, but overall I really loved the chilling atmosphere that Neville’s brilliant writing conjures up. 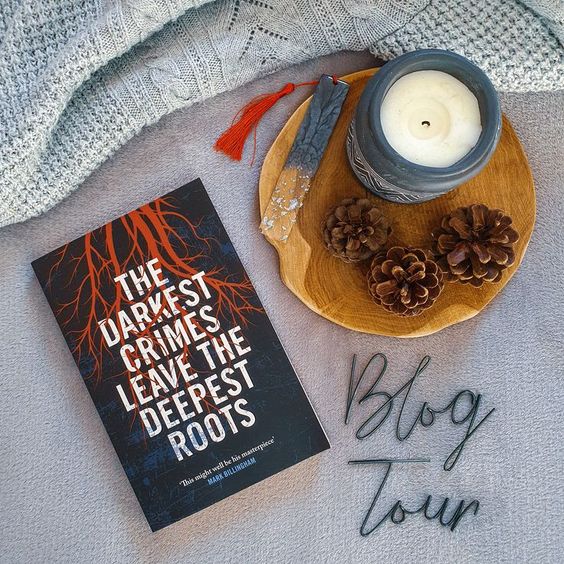 For Sara Keane, it was supposed to be a second chance.
A new country. A new house. A new beginning.

Then came the knock on the door.

‘The children will find you,’ she tells Sara, because Mary knows she needs help too. As Sara becomes obsessed with what happened in that house nearly sixty years ago, and the family wiped out in one bloody night, she begins to see things. Things that can’t be real.

In a story that spans six decades, the truth will not stay buried, and the ghosts of the past can never remain in the shadows…

Stuart Neville’s debut novel, The Twelve (published in the US as The Ghosts of Belfast), won the Mystery/Thriller category of the Los Angeles Times Book Prize, and was picked as one of the top crime novels of 2009 by both the New York Times and the LA Times. He has been shortlisted for various awards, including the MWA Edgar, CWA Dagger, Theakstons Old Peculier Novel of the Year, Barry, Macavity, Dilys awards, as well as the Irish Book Awards Crime Novel of the Year.

He has since published nine more critically acclaimed books, two of which were under the pen name Haylen Beck, as well as a short story collection, The Traveller and Other Stories.