Set to be published on 17th February, Disappeared by Laura Jarratt follows the interlinking stories of three women. Cerys has just walked out of her comfortable life, planning never to return as she stands on a hillside, watching her car set alight and believing that this is the end. That’s when Lily walks into her life. Lily is on the run with her young child, as the two women strike a fierce bond. Can they keep each other safe? Can they trust each other? Or are the pasts they’ve escaped too much for either of them to bear?

After reading and absolutely loving Mother by Laura Jarratt last year, I was very excited to see a new release by this author. But while Disappeared draws on many of the same themes, it’s also very different.

Less of a gripping thriller, Disappeared is more of a touching drama with elements of crime. If it was a thriller, I would have been disappointing by the somewhat coincidental and more straightforward developments, but I had to get out of that mindset as it’s obviously intended to be a drama that’s only centred around a crime.

So as a domestic drama, Disappeared is a complex and emotional story that opens up some brilliant discussions around two major themes: motherhood and womanhood.

I found the conversations around motherhood incredibly relatable. With one character experiencing the difficulties of early motherhood and another feeling abandoned now that her children have left home, it made me really appreciate being in the middle of these two extremes, not having so much pressure of a little one’s constant need for attention but having them still need and ask for my love and support.

But it also strikes you how difficult motherhood can be, because you spend so much of your life dedicated to another being, that I can’t even begin to imagine a time when my boys won’t need me in the same way.

We then meet a third female character who has chosen not to have children, as the conversation moves to the pressure of the choice or lack of choice that have as women about whether or not we even want children. I found her point of view incredibly moving, as she comments that we shouldn’t compare our situations because we all have our own pain and that’s enough to bind us together.

“You’re right – women shouldn’t compete over their pain. It’s enough that we hurt.”

There are also many conversations around menopause which I think is incredibly important to include, especially as the author takes the time to detail the many side effects of menopause that women are still having trouble getting diagnosed with even today. Society still has a long way to go with how it deals with the issue of menopause, and Jarratt does a brilliant job of opening up about how life-altering the changes can be.

Disappeared may not have had the gripping or twisty qualities that I was expecting from a book by Jarratt, but it does have a lot to say and I really admire Jarratt’s focus on such powerful discussions. 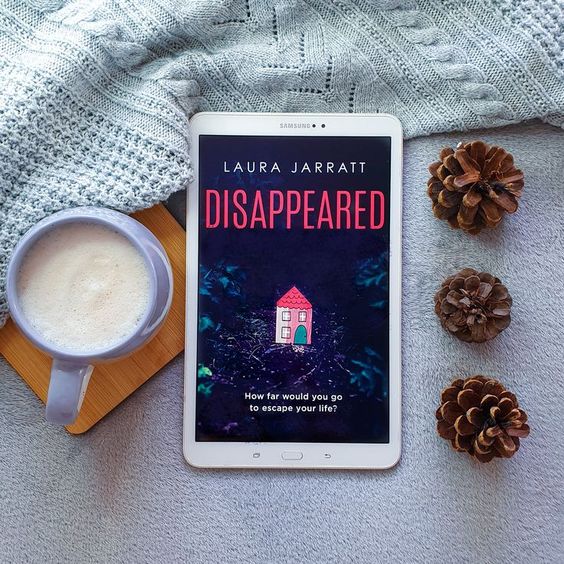