Breathless by Amy McCulloch follows struggling journalist Cecily Wong who is invited to join an expedition to climb one of the world’s tallest mountains. It seems like the chance of a lifetime, but she doesn’t realise how deadly the climb will be. As their small team starts to climb, things start to go wrong. There’s a theft. Then an accident. Then a mysterious note, pinned to her tent: there’s a murderer on the mountain. The higher they get, the more dangerous the climb becomes, and the more they need to trust one another. And that’s when Cecily finds the first body…

An atmospheric adventure, Breathless is a tense thriller with strong characters and heaps of mystery, which all builds up to a nail-biting climax.

It took me a while to get into this one properly as it felt like more of an adventure/survival story at first as the thriller side slowly creeps in. But McCulloch shows a lot of skill in her writing, brilliantly describing the setting and techniques required to climb an 8k mountain. It’s obvious that she is an avid traveller and mountaineer as she really makes you feel like you’re with her on every step of this hike.

The thrills certainly build up towards the end as the story soon picks up pace and intensity. The final part is certainly full of suspense, and there’s so much originality to enjoy beforehand that this is definitely the kind of thriller that will stick in your memory.

For a debut, McCulloch proves that she has a lot of talent as a writer and I’m definitely excited to see what she writes next!

The audiobook is narrated by Scottish actress Katie Leung (who you may know from the Harry Potter films!). I really enjoyed her narration, and she does a brilliant job of trying to differentiate between the many characters. 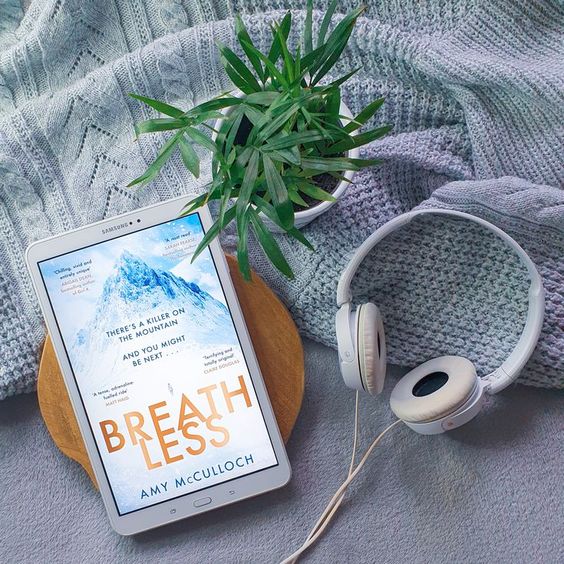