“She doesn’t know I’m there, watching her in the mirror. She slides her hand under her blouse. And then I see something impossible. She isn’t pregnant…”

Set to be published on 1st March, The Baby Shower by S.E. Lynes follows Jane who has a good job, a loving husband, and a close group of friends. That is until Lexie Lane shows up. She bursts into Jane’s life like a storm, seeming so perfect with her lilting laugh and her beautiful face. One by one, Jane watches as her friends fall under her spell. But Jane suspects something. Only Jane sees that her smiles don’t reach her cold, furious eyes. So when the day of Lexie’s baby shower comes around, Jane waits for Lexie’s mask to slip. That afternoon, she finally learns the unbelievable truth. There is no baby…

Today is my stop on the Bookouture book tour. Thank you to Bookouture for a free advanced digital copy of this book in exchange for an honest review.

SE Lynes is one of my auto-buy authors. So as soon as I saw that she had a new release, I was there! The Baby Shower is another gripping and addictively entertaining psychological thriller with toxic characters, brilliant twists, and plenty of thrills.

As soon as I pick up one of Lynes’ books, I instantly feel comfortable with her characters and can always picture her female leads vividly. The dynamics between friends and spouses are all really well developed, too, which is what draws me into her thrillers so much as I easily find an emotional connection to all involved.

And I had so much fun watching it unfold. My intrigue was high throughout and I really didn’t want to put it down. I did see the end coming, but it feels more about the build-up than the reveal as you slowly start to see how everything is going to come together. It also brilliantly deals with some more serious topics, providing compelling moments while keeping the suspense high.

For me, SE Lynes never disappoints. Her stories are original, her characters are engaging, and her writing is very clever. I definitely recommend picking up one of her books if you haven’t already! 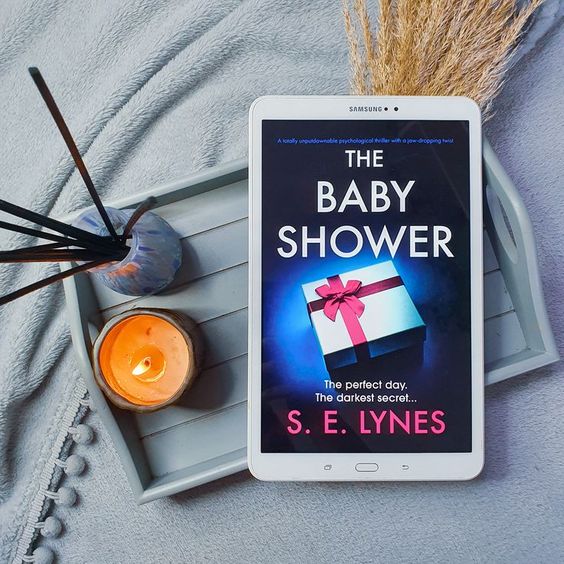 She doesn’t know I’m there, watching her in the mirror. She slides her hand under her blouse. And then I see something impossible. She isn’t pregnant…

She bursts into my life like a storm, and nothing is the same again. She seems so perfect, with her lilting laugh and her beautiful face. One by one, I watch as my friends fall under her spell.

Only I seem to suspect something. Only I see that her smiles don’t reach her cold, furious eyes. And when I’m accused of things I didn’t do, when my home is vandalized, I know she’s behind it. But she only lets her mask slip when no one is looking, so if I say anything, I’ll look crazy.

So when the baby shower comes around I’m there, sitting on a velvet sofa in a posh hotel room, surrounded by balloons. We share gifts, we pour small glasses of champagne, and she beams, her bump just visible under her bright red shirt.

But that afternoon, I finally learn the unbelievable truth.

There is no baby…

S.E. Lynes is the Amazon #1 best selling author of THE HOUSEWARMING, VALENTINA, MOTHER, THE PACT, THE PROPOSAL, THE WOMEN, THE LIES WE HIDE, CAN YOU SEE HER? HER SISTER’s SECRET and her latest, THE BABY SHOWER, out on preorder NOW for publication March 1st.

A former BBC Producer, she has lived in France, Spain, Scotland and Italy and is now settled in Greater London. After completing her MA, S E Lynes taught creative writing at Richmond Adult Community College for ten years. She now combines writing, mentoring and lecturing in Richmond Borough.