The Prison Doctor by Amanda Brown is a non-fiction account of her time as a doctor in the UK’s most infamous prisons – first in young offenders’ institutions, then at the notorious Wormwood Scrubs, and finally at Europe’s largest women-only prison, Bronzefield. From miraculous pregnancies to dirty protests, and from violent attacks on prisoners to heartbreaking acts of self-harm, she has witnessed it all. In this memoir, Amanda reveals the stories, the patients and the cases that have shaped a career helping those most of us would rather forget.

I don’t read a lot of true-crime, but when I do, it is either true-crime or medical-related, so I thought this was going to be the perfect combination for me. Sadly, Brown’s stories aren’t quite as interesting as you would hope.

But while the medical cases themselves are fairly average, it’s really interesting to get an insight into prison life and the lengths that inmates go to, to either make a plea for help, attempt suicide, try to escape, or just show somebody their bits.

Brown also talks about the reasons that some of her patients turned to crime which is really eye-opening to hear. But because it focuses so much on the mental support Brown gives as a doctor (which of course is just as important as the physical support), it just wasn’t what I was expecting (whereas I was hoping for more gruesome and shocking stories).

I don’t know whether it was the writing or the audiobook narration, but I found that the narrator came across as quite big-headed, as if she was the most important person in the room and that everyone needed to recognise that. I don’t know who to blame for that, but yeah. It was a little irritating. 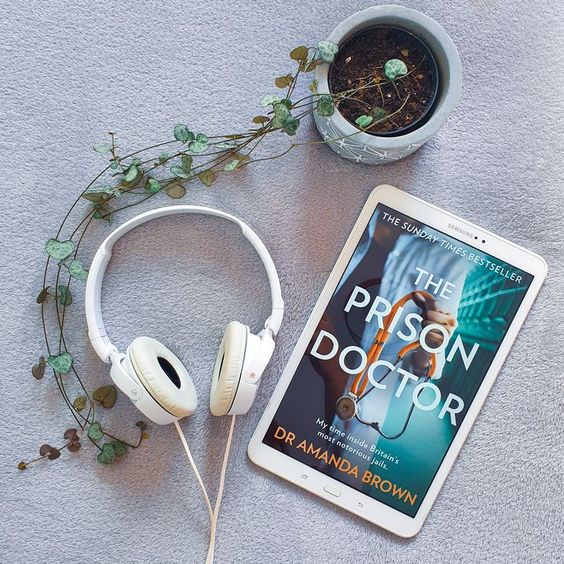