“On a bright morning in the London suburbs, a family moves into the house they’ve just bought on Trinity Avenue. Nothing strange about that. Except it’s your house. And you didn’t sell it.”

Published in 2018 and recently adapted for ITV, Our House by Louise Candlish follows Fi Lawson who arrives home to find strangers moving into her house. She is plunged into terror and confusion. She and her husband Bram have owned their home on Trinity Avenue for years and have no intention of selling. How can this other family possibly think the house is theirs? And why has Bram disappeared when she needs him most?

With an intriguing premise, Our House is a unique domestic noir that draws you in with interesting characters and a mysterious situations built up by secrets, betrayals, and deceptions.

However, because the main gist of the story is revealed early on, I didn’t feel like there was anything to get excited by. There is one big twist which I guessed, and a few surprises at the end. But unlike The Heights which had me gripped with theories, I just didn’t get the same sense of suspense or addictiveness from this one.

Fi’s narration told through a true-crime podcast is an interesting concept but I don’t think that it’s used well enough in the end. It heavily relies on you feeling sympathy for Fi’s character which I just did not experience. Although what she’s going through is a real inconvenience, I didn’t feel enough of a personal connection to Fi or Bram and their family unit to feel any emotional turmoil over their situation which meant the ending felt too underwhelming for me, as well.

The recent TV adaptation which aired on ITV this month is a great adaptation, though. Showing more of the father in Bram’s character allows you to get more invested in the story and I found that the twists worked much better on-screen as well, so I much preferred watching this thriller implode than I did reading it. 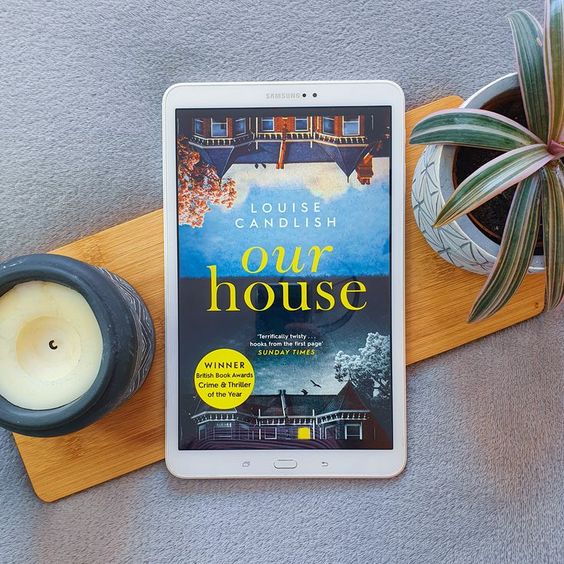