“Grudges are heavy, but for the people hurting the most, I suppose
forgiveness is even heavier.”

Published in 2022, Reminders Of Him by Colleen Hoover follows Kenna Rowan who, five years after serving in prison for a tragic mistake, returns to the town where it all went wrong, hoping to reunite with her four-year-old daughter. But the bridges Kenna burned are proving impossible to rebuild. Everyone in her daughter’s life is determined to shut Kenna out, no matter how hard she works to prove herself.

The only person who hasn’t closed the door on her completely is Ledger Ward, a local bar owner and one of the few remaining links to Kenna’s daughter. The two form a connection despite the pressure surrounding them. But as their romance grows, so does the risk. Kenna must find a way to absolve the mistakes of her past in order to build a future out of hope and healing.

I’ve only read two of Colleen Hoover’s books so far, but they have both been five-star reads for me so I immediately pre-ordered this one as soon as I could.

Reminders Of Him is another sensitive, moving and wholesome story about family, forgiveness, and second chances. Hoover’s books are always so easy to drift into, and this is exactly the same with characters who are easy to engage with and a story that grips you emotionally from the get-go.

Any time that it was mentioned that Kenna couldn’t see her daughter or that she hadn’t even met her yet, despite giving birth to her, my heart absolutely ached. I can’t imagine how it would feel to not know what your child looks like, what their interests are, or how they act. And because you don’t know what Kenna did in her past at the start, you begin to question a mother’s right to have a relationship with their child and where you think those boundaries lie.

Alternating between narratives by Kenna and Ledger, these interchanging points of view really draws you in emotionally. Kenna doesn’t give too much away at first so her intentions are questionable, as Ledger’s narration shows the conflicts between why people are finding it difficult to forgive her and why she deserves a second chance.

Kenna’s letters to Scottie then begin to fill in the blanks, which really reflect her pain. And soon enough, all you want is the most over-top happy endings possible as you begin to feel Kenna’s desperation to just see her daughter, even if only once.

I found some of the romantic scenes a little cringey, but then I also found myself swooning over lines such as “He smells like limes and bad decisions.” I feel like I learnt something new about myself with that one… But that aside, I felt fully invested in this story and its characters.

Did Reminders Of Him leave me sobbing in an uncontrollable mess? No. But it was such a lovely read that tugged on my heartstrings, and that ending was just perfect. 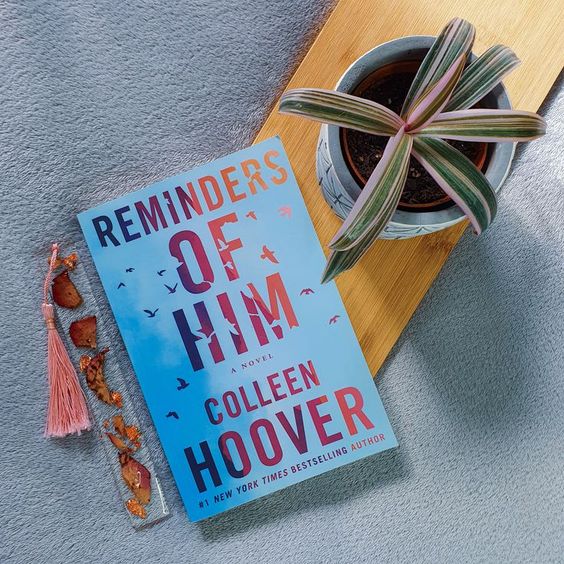