“Welcome to Wisewood. Where we keep your secrets, if you keep ours.”

Published in March 2022, This Might Hurt by Stephanie Wrobel follows Natalie Collins who hasn’t heard from her sister in more than half a year. The last time they spoke, Kit was struggling to get over the death of their mother. Then, she found Wisewood.

On a private island off the coast of Maine, Wisewood’s guests commit to six-month stays. During this time, they’re prohibited from contact with the rest of the world. But the rules are for a good reason: to keep guests focused on achieving true fearlessness so they can become their Maximized Selves. Natalie thinks it’s a bad idea, but Kit has had enough of her sister’s cynicism and voluntarily disappears off the grid.

Six months later, Natalie receives a menacing email from a Wisewood account threatening to reveal the secret she’s been keeping from Kit. Panicked, Natalie hurries north to come clean to her sister and bring her home. But she’s about to learn that Wisewood won’t let either of them go without a fight.

Thank you to Penguin for a free copy of this book in exchange for an honest review.

An original and intriguing thriller, This Might Hurt feels heavily atmospheric with its eerie setting and mysterious plot.

While I’ve read quite a few thrillers with a similar premise – a character worried about a relative/friend who has gone off to a secretive retreat in a state of mind that’s sure to leave them feeling vulnerable – what I loved about this book is the varying points of view of the situation.

We have Natalie, the worried but no-nonsense sister, Kit, the desperate and emotional sister looking for a way out, but also Rebecca, once a down-beaten girl who has strived to prove her family wrong with her good intentions to help take away other’s fear so that they don’t experience the constraints that she’s had to break away from.

I really enjoyed Rebecca’s character as it’s a point of view that we don’t often get to see, the experiences that can lead a person to drastic actions. But although there are many dark themes with traumatic childhood experiences and the claustrophobic setting of this cult-like retreat on a deserted island, nothing ever shocked me.

There are plenty of twists with a lot of questions that need answering, but I just found all of the answers quite underwhelming. I suppose I was just expecting a more climactic ending, whereas the one we are left with felt far too ambiguous to leave enough of an after-effect.

There’s still a lot I really enjoyed about this book, though. Wrobel is a great writer as I could easily picture her characters and setting, and I did feel the pressure of the suspense that builds up throughout.

While this one didn’t quite connect with me, I would definitely still recommend it if you enjoy thrillers with a cult-like setting, and I will certainly look forward to what Wrobel writes next. 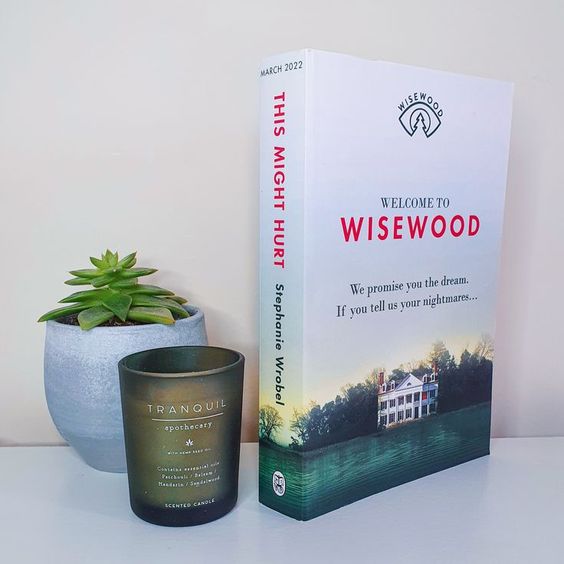