Set to be released on 14th April, Into The Dark by Fiona Cummins is set one late autumn morning in the beautiful bay of Seawings in Midtown-on-Sea, when Julianne calls on her best friend Piper to discover an eerie scene – the kettle is still warm, the cars are in the garage, but the house is deserted. It looks like the whole Holden family have vanished without a trace. In fifteen-year-old Riva Holden’s bedroom, scrawled across the mirror in blood, are three words: Make Them Stop.

A curious thriller about revenge, greed, and ambition, Into The Dark is a slow-build read centred around a strong female friendship.

There was so much that I enjoyed about this book. I really liked the characters, I was excited by what the story was building up to, and I was really intrigued by the truths that started to be revealed, so I found the overall concept really interesting.

But my intrigue didn’t really go anywhere. I don’t feel like there were enough big events to have me completely gripped, so it felt like it kind of trudged along towards the end. I’m not even sure that it really even made sense, either, so I’m left more baffled than blown away.

My favourite part of the book was the subplot which featured the detective, Saul, and his colleague, Blue. I feel like they could have had a whole book on their own. But here, their story felt really misplaced and irrelevant so it didn’t really work, which is a massive shame.

Overall, I found Into The Dark to be a well-written and enjoyable story that initially gripped my attention, but that undeniably left me wanting more. Still, I’m so excited to read When I Was Ten, so I’m hoping that one has some bigger shocks for me. 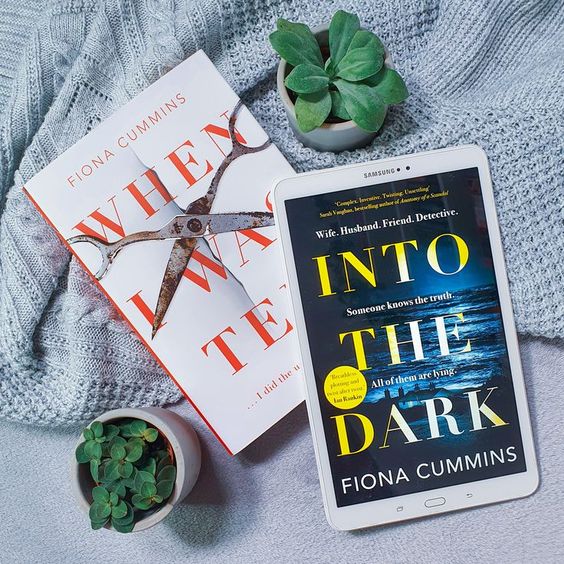