Originally published in 2010 and the third book in Patrick Ness‘ Chaos Walking series, Monsters Of Men follows Todd and Viola as a world-ending war surges to life around them. The indigenous Spackle have mobilized to avenge their murdered people, while ruthless human leaders prepare to defend their factions at all costs. As the ceaseless Noise lays all thoughts bare, the projected will of the few threatens to overwhelm the desperate desire of the many. The consequences of each action, each word, are unspeakably vast: To follow a tyrant or a terrorist? To save the life of the one you love most or thousands of strangers? To believe in redemption or assume it is lost?

As it goes with most series, I loved the first book, wasn’t particularly interested in the second book, and felt reluctant to pick up the third. But I’m so glad I did, as Monsters Of Men instantly grabbed my attention right back.

My issue with The Ask And The Answer was that Todd and Viola were separated for a large part of it, so I was desperate for them to come back together. Still, I was worried that I didn’t really care how their story would end. But thanks to Monsters Of Men, it turns out that I really did.

I wish I had read the Chaos Walking series fifteen years ago as I think it would easily have been one of my favourites. I feel slightly too old for it now, but there’s still so much that I can appreciate about it. Patrick Ness is a fantastic writer and the messages he weaves in are all so relevant and powerful, and the world that he has created here is just remarkable.

The story felt a little long for me as it was a bit back and forth, but that’s only because I couldn’t engage with the emotional core of it as much as I would have done as a younger reader. But the action is exciting and I especially enjoyed the narrative by The Sky/The Return.

Overall, I’m glad I got back into this series as it’s definitely ended on a high. And if you’re looking for an exciting YA dystopian series from a talented writer, this is definitely one that I would recommend. 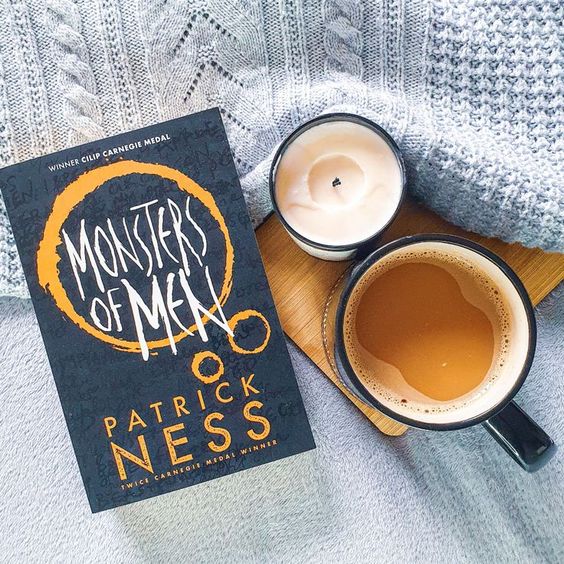