“It was better to remain on my island than drown in somebody else’s sea.”

Originally published in 2013, When You Disappeared by John Marrs follows wife and mother Catherine who wakes up alone one morning. She thinks her husband has gone for a run before work, but Simon never makes it to the office. His running shoes are by the front door. Nothing is missing – except him.

Catherine knows Simon must be in trouble. He wouldn’t just leave her. He wouldn’t leave the children. But Simon knows the truth – about why he left and what he’s done. He knows things about his marriage that it would kill Catherine to find out. The memories she holds onto are lies.

While Catherine faces a dark new reality at home, Simon’s halfway around the world. But he can’t hide forever, and when he reappears twenty-five years later, Catherine will finally learn who he is. And wish she’d stayed in the dark.

John Marrs is one of my favourite authors, so I was very excited to read his debut book, When You Disappeared. And although it’s more of a slow-burning mystery than his more recent unputdownable thrillers, this one definitely packs an emotional punch that is sure to stop you in your tracks.

My love of this book went on a bit of a rollercoaster. It starts at a real high with a gripping opening that really gets your mind ticking about why Simon leaves Catherine. Is he just a weak and selfish man? Or do his actions have good intentions? Am I going to hate him even more by the end? Or will his reasons for causing so much pain break my heart?

I guess this is why I struggled a little in the middle, as I really didn’t care about what he had been up to over the past 25 years. I’m not sure I have ever hated a character this much before, which is a credit to Marrs’ writing as I felt anger every time I thought about him. But at the same time, this also meant that I didn’t enjoy reading his chapters as I just wanted to speed up to find out why he did what he did.

On the other hand, I found Catherine’s character utterly compelling and I really felt for her, so I was desperate to see how she dealt with it all and moved on. The trouble was that there’s a lot of “But more on that later”. As Marrs’ first book, you can see how far he’s come with his writing as he is now much better at slowly revealing details along the way to hook you early on, whereas there aren’t enough teasers at the start of this one to keep you as gripped as his more recent books do.

But then the end completely took my breath away and the explosive revelations that hit all at once more than made up for the slower pace at the start. I was shocked, I was sad, I was disgusted, and I was heartbroken. And I absolutely loved it!

I always enjoy going back to an author’s debut and seeing the ways they have developed their writing over the years and When You Disappeared is a great book to do that with. Marrs has a great mind that loves to go to dark places and I will always be excited about his writing. 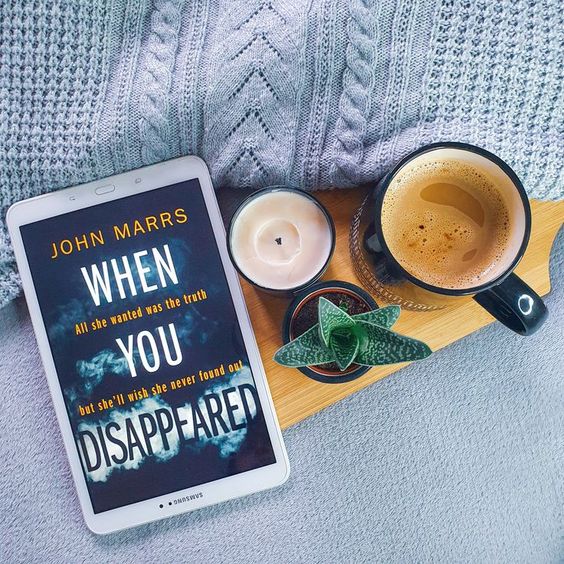