“Doing nothing can sometimes be the most effective form of action. If you do nothing, you’ll be sending a clear message: that you’re stronger than they think you are. Not to mention a lot classier. Think about it.”

Originally published in 2013, Crazy Rich Asians by Kevin Kwan follows New Yorker Rachel Chu who agrees to spend the summer in Singapore with her boyfriend, Nicholas Young. She envisions a humble family home and quality time with the man she hopes to marry, but Nick has failed to give his girlfriend a few key details. One, that his childhood home looks like a palace; two, that he grew up riding in more private planes than cars; and three, that he just happens to be the country’s most eligible bachelor.

Crazy Rich Asians transports you into a fascinating world of power and couture in contemporary Asia, centred around a beautiful romance that’s filled with high drama and fantastic satire.

I first watched the film a few years ago and loved it. And watching the film beforehand massively helped with my enjoyment of this book as there are a lot of characters to get to know. I don’t think I would have been as invested had I not come to love Rachel and Nick’s relationship in the film, so knowing the characters and how the story would develop meant that I could easily find my bearings.

With the hard part out of the way, I found it incredibly insightful to see into the lives of the minority that is the filthy rich. There’s a beautiful romance, laugh-out-loud humour, and high-class drama, and I loved the journey from a chick-flick romance between the affectionate and engaging Rachel and Nick to the devastating family confrontations that force Rachel into finding her confidence.

Crazy Rich Asians is such an entertaining read and I look forward to picking up the second book in the trilogy to see what happens for these characters next! 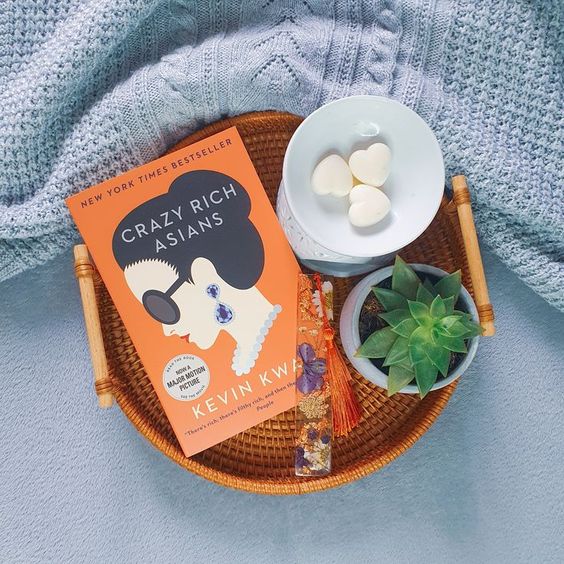