Set to be released by 12th May, Little Nothings by Julie Mayhew follows Liv who has never been a woman with a lot of female friends. But when she meets fellow new mums Beth and Binnie, she knows she’s finally found her best friends for life. But then Binnie introduces Ange. Rich, beautiful, and capable, somehow, of doing it all, Ange changes the dynamics of their little group, and not for the better.

When Ange suggests a trip to Greece to celebrate their girl gang, Liv knows she has to go, even though her family really can’t afford it. Once on the island, though, Ange makes it clear that Liv will always be second string. As long as Ange is around, there’s no returning to the way things were. But Liv wants her friendships back-and she’ll do whatever it takes to make that happen.

If you love a female-led thriller centred around conflicting relationships with the possibility of a murder during a drama-filled getaway to a luxury resort, then Little Nothings is a book for you. As long as you don’t mind anything being very plausible, that is.

I read Little Nothings in one sitting and was really intrigued by what was going on. It took a while for me to understand where the story was going, but I soon enjoyed the petty melodrama that took over.

Fortunately, I was in a slightly more welcoming mood than normal for a bitchy nonsensical thriller as this is usually a book that I would have given up with early on. But there were enough good qualities to keep me reading. As a debut, Mayhew showcases some great qualities in her writing and storytelling. I got a vivid picture of each character and I felt engaged throughout.

But the characters are all really annoying, their arguments are immature, and the ending is absolutely ridiculous. Sometimes I don’t mind an ending that is so out-there that it makes you laugh at its absurdity. And it could have been so much worse. Mayhew did keep me interested and I was entertained for the most part. But for me, the ending was… let’s just say, not the one.

If you’re looking for a quick, entertaining read and don’t mind a very over-the-top ending that has absolutely no authenticity, then give this one a go! I will definitely be reading whatever Mayhew writes next, but I don’t think I will be so forgiving a second time if it heads in the same direction. 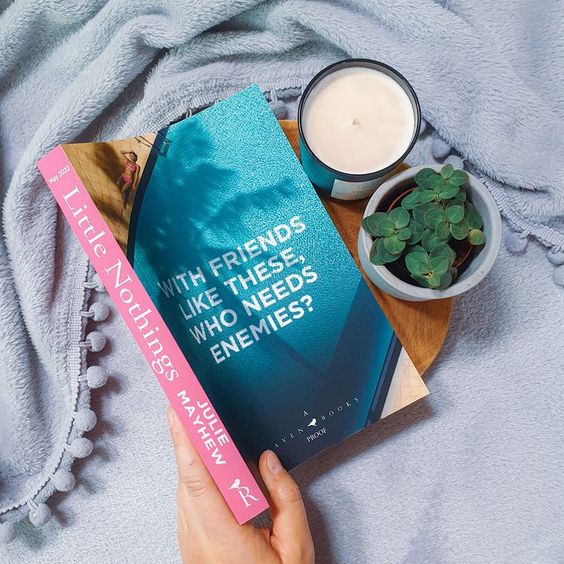