“He’ll scare you to death.”

The second book in the Robert Hunter series and originally published in 2010, The Executioner by Chris Carter begins inside a Los Angeles church where, on the altar steps, lies the blood-soaked, decapitated body of a priest. Carefully positioned, legs stretched out, arms crossed over the chest, the most horrifying thing of all is that the priest’s head has been replaced by that of a dog. Later, the forensic team discover that, on the victim’s chest, the number 3 has been scrawled in blood.

I read the first book in this series at the end of last year and instantly knew that this was a series I was going to love. At the time, I said that I didn’t think that a book could get any more gruesome. But then you have The Executioner. And oh boy, was that gory!

It’s bloodier, more intense, more shocking, and somehow even more gripping. It genuinely put me off my dinner, but I absolutely loved it. Even at over 400 pages, I read it in one sitting as I could not put it down. The short chapters and neverending cliffhangers make it impossible to find a suitable place to stop reading, while the fast pace meant that I easily devoured it in only a few hours.

The Executioner has definitely become one of my new favourite fictional serial killers and I love how he played on people’s fears as it made for a really chilling read. And although this is the second book in the series, it can definitely be read as a standalone as it makes little mention of the first book.

Robert Hunter is such a great detective and it’s obvious that the author has studied psychology with a specialisation in criminal behaviour, as he really knows what’s going on inside his characters’ minds, both the sane and the insane. Carter goes into such great detail, from the crime scene to the way Hunter works things out (he reads a lot!), and everything is of such high quality, from the character development to the intelligent police procedural. I really cannot fault his books so far!

The Executioner really isn’t for the faint-hearted, but I can’t recommend this book enough. I’m very late in getting to this series and need to play catch up since Carter has a new instalment coming out later this year. So if you’ve got some time to spare and are looking for a new detective series to get into, Robert Hunter is most definitely a man you need in your life. 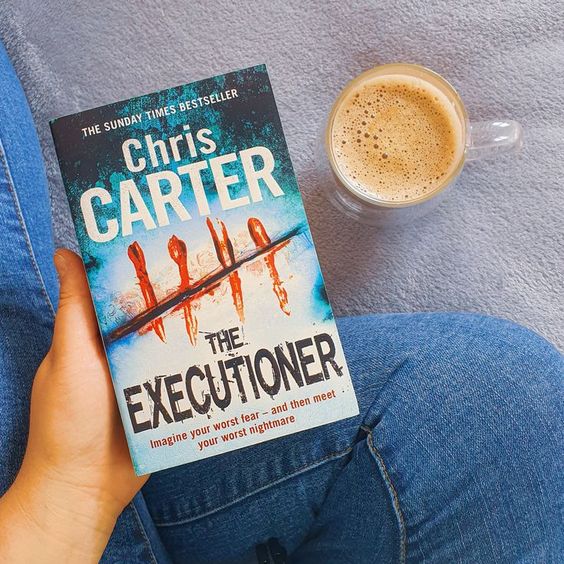