“Ready or not, here I come. It’s time to play hide and seek again.”

Set to be released on 5th May, The Hiding Place by Simon Lelic follows four friends, one murder, and a game that they can’t escape. Ben is new to Beaconsfield and struggles to settle in. So when three students offer friendship, Ben is willing to do anything they ask to finally fit in. Twenty-two years later, Ben’s body is found. It was just a game of Hide and Seek gone wrong, they said. But who was Ben hiding from?

An enjoyable crime thriller, The Hiding Place is an intriguing police procedural with a great concept that is sure to leave you anticipating its answers.

Unfortunately, it didn’t quite live up to its potential for me. I requested this book as it boasted “THE WHISPER MAN meets THE GUEST LIST” but those expectations really don’t work in this book’s favour. I was constantly interested in the story, but there was never a moment where I felt gripped or taken in by the atmosphere, so I don’t think it was a good idea to set those standards so high with these comparisons.

The concept of this hidden, chilling crypt and the way the body was found did spark my curiosity, but my issue was with the investigation itself. This is the second book in the DI Fleet series which I didn’t know beforehand as it doesn’t seem to be promoted in that way anywhere that I’ve looked.

But I could tell that I had missed out on something as I didn’t get to know Fleet or his DS, Nicky Collins, personally at all. I liked them, for sure, but it took me a while to get a basic understanding of their characteristics, so having read the first book beforehand might have made this more enjoyable for me.

On top of that, so many of the revelations came in the past narrative rather than the present investigation that I didn’t really have the chance to see Fleet or Nicky’s skills put to the test.
They seemed to heavily rely on their instinct, but it felt more like they got themselves in the way as they coincidentally uncovered some truths, so the clever police procedural box wasn’t ticked for me.

The Hiding Place is an enjoyable read and I certainly enjoyed Lelic’s writing. The story is a good one and had I read the first book, I think I would have been a lot more engrossed by the lead characters. But for me, it all just needed a bigger push of adrenaline with more shocking twists, a creepier atmosphere, and more intelligent developments to really leave me wanting more.

Still, I will definitely go back to The Search Party to see if I can find what I was missing with this one, as I know that I need to give Lelic another chance. 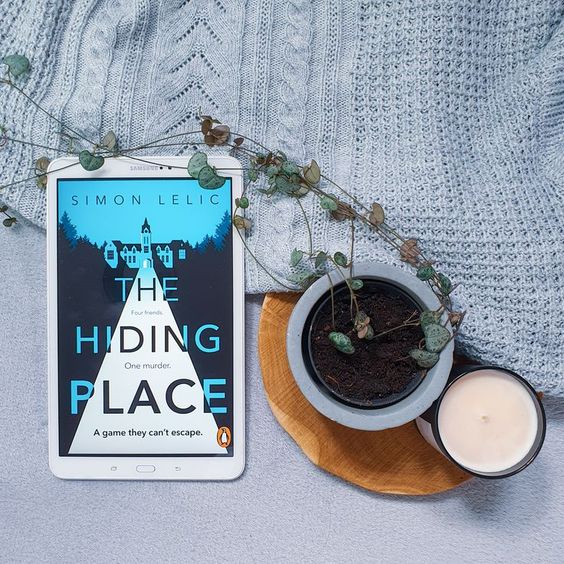