“A family with a secret. A past about to catch up with them.”

Set to be released on 5th May, The Night They Vanished by Vanessa Savage follows Hanna who has barely spoken to her family since the tragedy that rocked their lives fourteen years ago – a tragedy which they held Hanna responsible. But then she sees her family home listed as the scene of a horrific crime. Number of victims: three. Date of crime: today. Frantic, Hanna tries to contact her family, only to find they have disappeared. To find them, Hanna will have to confront what happened all those years ago. And the person determined to make her pay for it…

The Night They Vanished is a unique and thrilling mystery that held my intrigue throughout with its interesting twists and build-up of suspense.

The concept of Dark Tourism at the start really grabbed my attention as I’m not ashamed to say that I love the macabre. And it starts the book off with a dark and unique twist that initially had me gripped. Unfortunately, it’s only really used to set the story up, so the creepy and unnerving atmosphere doesn’t last for long as the dark tourism element is soon cut short.

What we have, instead, is a search for the truth. The story is told over two timelines as one builds up to the disappearance of Hanna’s family and the second sees her attempt to figure out what has gone on and where they are.

But while each new revelation is interesting and unexpected, the story itself never picks up the intensity that should come with these kinds of developments. I was always intrigued, but never shocked or taken aback so it lacks that breathtaking pace that it needed to have more of an impact.

Still, The Night They Vanished is a very clever and original thriller and there’s a lot I enjoyed about Savage’s writing, so I would definitely still recommend it. 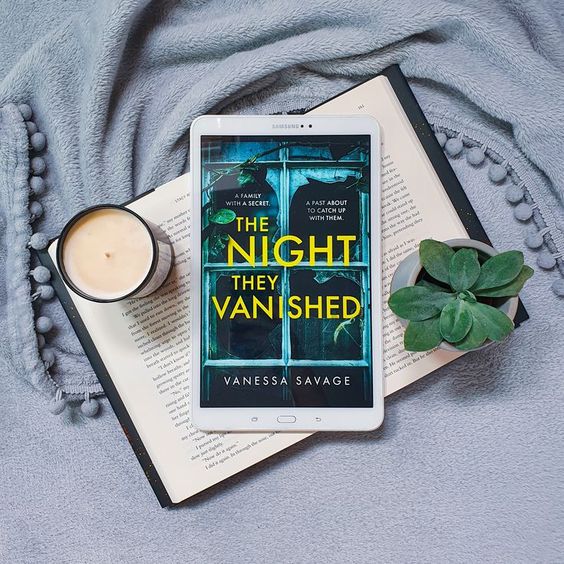