The fifth book in Stacy Green‘s Nikki Hunt series, The Trapped Ones sees Special Agent Nikki Hunt called to a homicide at a farmhouse surrounded by thick, dark woodland. A mother and father have been stabbed, their son is fighting for his life, and a young woman’s body is lying near the front door, her wrists bound. Nikki has never seen such a complex scene, but despite recovering from her own painful loss, she will do whatever it takes to bring this killer to justice.

Today is my stop on the books on tour for this book. Thank you to Bookouture for a free copy of this book in exchange for an honest review.

A suspenseful and fast-paced thriller, The Trapped Ones is another gripping instalment in an always-impressive detective franchise.

Stacy Green is firing out these instalments! She seems to be non-stop writing, and you can really tell as these instalments flow so well into one another. Green always does a fantastic job of making her books work as standalone thrillers while also giving a brief round-up of previous events.

This story definitely felt less personal than the previous two books have been, but it felt right for Hunt to get fully back into a new case after her previous emotional experiences, while there’s just enough of her personal life being developed around her to keep her feeling very authentic and compelling.

As the fifth instalment, I’ve really grown to like these characters so I’m always excited to see more from them. And this case is another great one. It’s tense, unpredictable, and also explores some very important topics.

The end was slightly rushed for me, but other than that, this was another exhilarating instalment and I’m still eager for more! 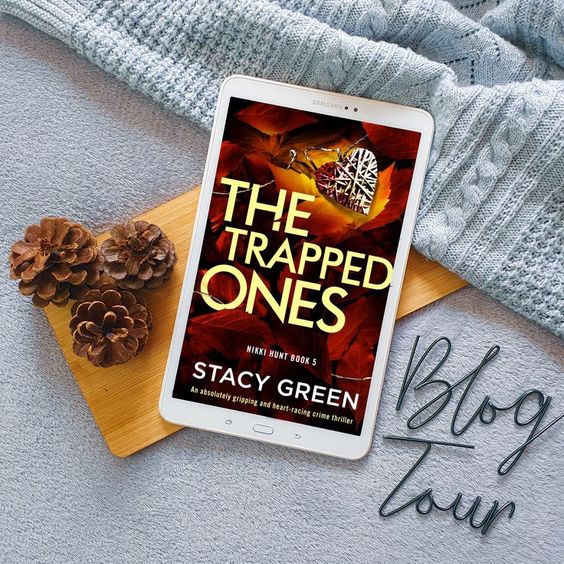 She raced across the woods. Cold wind hit her face, and her heart pounded so fast she could almost feel the panic rushing through her veins.She knocked on the door knowing she didn’t have much time. Fear gripped her. “Please, help,” she whispered.

Rushing to the scene of a homicide at a farmhouse surrounded by thick, dark woodland, Special Agent Nikki Hunt is shocked to find four victims. A mother and father have been stabbed, their son, Bryce, is fighting for his life, and a young woman’s body is lying near the front door, her wrists bound with heart-shaped bunting. Nikki has never seen such a complex scene, but despite recovering from her own painful loss, she will do whatever it takes to bring this killer to justice.

Nikki soon identifies the woman as missing student Jessica Chandler and finds Bryce’s initials woven into the jumper she wore the night she died. It seems like they were a couple, and that the Webers were a happy family. So who would want them dead?

The murders have all the hallmarks of a serial killer: all the evidence suggests the murderer was watching them, turned the security cameras off as they entered and fled the scene from the front door. But then Jessica’s friends tell Nikki she was uncomfortable around Bryce, and when two of Bryce’s friends go missing along Stillwater river, and the girlfriend is found, she claims her boyfriend tried to kill her.

Are Bryce and his friends hiding a dark side? Nikki knows she must dig deeper to find out their secrets, but can she uncover the truth before the killer takes another life?

You won’t want to stop turning the pages of this unputdownable crime thriller. Fans of Lisa Regan, Robert Dugoni and Kendra Elliot will be reading The Trapped Ones late into the night.

Stacy Green is a USA Today best-selling author of more than a dozen mysteries and thrillers. Her books include the award-winning Lucy Kendall series, the Cage Foster series, and the USA Today best-selling Nikki Hunt series. Stacy has bachelor’s degrees in Journalism/Mass Communication and Sociology from Drake University. She’s a member of Sisters in Crime, International Thriller Writers, and Mystery Writers of America.

2 thoughts on “BOOK TOUR: The Trapped Ones (Nikki Hunt #5) by Stacy Green”