“Freed from Pompeii’s brothel. Owned as a courtesan. Determined to have revenge. Her name is Amara. What will she risk for power?”

Set to be released on 12th May and the second book in Elodie Harper’s The Wolf Den Trilogy, The House With The Golden Door follows the story of Amara, after being freed from Pompeii’s most notorious brothel. Now owned as a courtesan, she has a house, fine clothes, and servants – but all of these are gifts from her patron, hers for as long as she keeps her place in his affections.

As she adjusts to this new life, Amara is still haunted by her past. At night she dreams of the wolf den, and the women she left behind. By day, she is pursued by her former slavemaster. In order to be truly free, she will need to be as ruthless as he is. Amara knows she can draw strength from Venus, the goddess of love. Yet falling in love herself may prove to be her downfall.

An arresting and compelling tale, The House With The Golden Door is a consuming and evocative story that transports you right back to the beautiful setting of Pompeii, as we continue to follow the incredible lives of the powerful characters at the forefront of this story about womanhood, fate, and personal strength.

While I loved The Wolf Den, the first book in this series, I was left with many questions and uncertainties at the end of it that it did end on a bit of a low for me. But The House With The Golden Door very quickly ties everything up for me, and I immediately fell back in love with Amara, her friendships, and her desire to feel something real.

As Amara begins to deal with her past, adjust to her new situation, and plan for a future, I finally began to understand Amara’s actions in the first book. She’s such a strong-willed character who often takes matters into her own hands, that it made it difficult for me to sympathise with her circumstances in The Wolf Den.

But while Amara is in a seemingly safer and kinder environment in this second book, it was only now that I began to understand how she, as a woman, was doomed to a powerless life of insecurity and sacrifice.

Although this is a fictional story, I find it so insightful at the same time, as so many women over our history have been in Amara’s position. You don’t have to work in a brothel to be under the control of a man, and I love how Harper makes Amara’s situation feel so relatable, highlighting how women of the years have had their fates decided from a simple instance of poverty or bad luck. 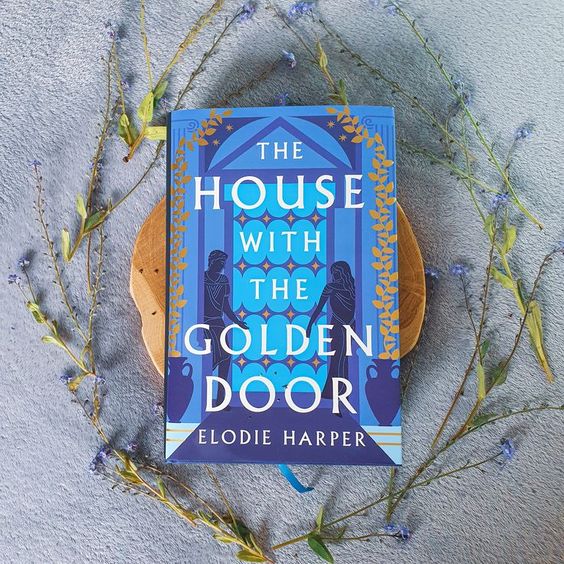