“Everyone is a hundred different things, but in other people’s eyes we usually get the chance to be only one of them.”

The second book in the Beartown series by Fredrik Backman and published in 2017, Us Against You follows the citizens of Beartown after everything they have gone through, who struck yet another blow when they hear that their beloved local hockey team will soon be disbanded. What makes it worse is the former Beartown players who now play for a rival team in Hed. But when a surprising newcomer is handpicked to be Beartown’s new hockey coach, a new team starts to take shape.

As the big match approaches, the not-so-innocent pranks and incidents between the communities pile up and their mutual contempt grows deeper. By the time the last game is finally played, a resident of Beartown will be dead, and the people of both towns will be forced to wonder if, after all they’ve been through, the game they love can ever return to something simple and innocent.

After loving Beartown and also enjoying the audiobook version of that, I was excited to return to Beartown and see how its lovable characters were all getting on after the tragedies they faced.

Us Against You continues seamlessly and, although Backman had a tough job of writing a sequel to such a fantastic predecessor, he seemingly makes an easy job of it by building on his strongly constructed pillars of family, community, and sportsmanship.

Backman is a brilliant writer and always manages to evoke such powerful emotions. His compassion really breaks through with every character as he skillfully explores a number of thought-provoking themes such as heartbreak, loyalty, family, violence, love, grief and masculinity.

He really makes you feel a part of the story with its beautiful atmosphere and authentic characters. This second book didn’t have the same impact that the first did on me so I wasn’t as emotionally invested this time around, but I still felt 100% connected to every character. The coming of age developments made with each character are beautiful to see unfold.

Brilliantly narrated again by John Sackville whose voice I find incredibly soothing, it’s such an easy audiobook to engage with and enjoy, and an audiobook series I would recommend for anyone who normally finds them difficult to concentrate on. 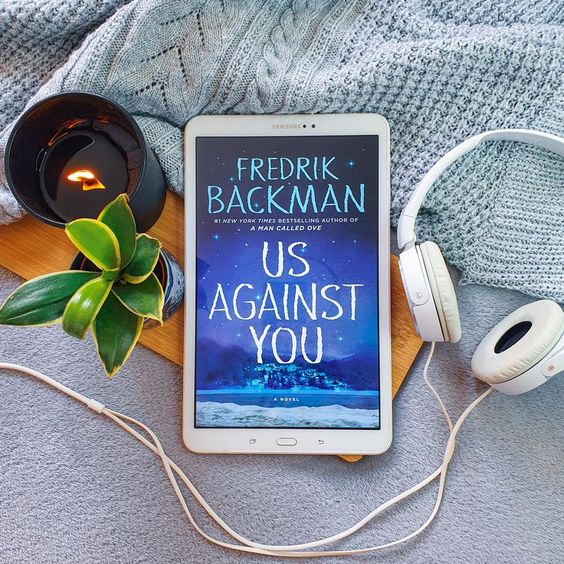 4 thoughts on “Audiobook Review: Us Against You (Beartown #2) by Fredrik Backman”