Due to be published on 8th August, The It Girl by Ruth Ware follows Hannah and Will who, relieved to put their past behind them, are expecting their first child. But when Hannah finds out that the man convicted of killing her best friend from university over ten years ago has died, Hannah’s world is rocked. April was vivacious, bright, and the ultimate It girl. But by the end of the second year, she was dead. Now, Hannah’s recollection of the night is brought into question, when a young journalist comes knocking and presents new evidence that he may have been innocent all along. But if it wasn’t him, who did kill April?

Thank you to Tandem Collective and Simon & Schuster for inviting me to join in the readalong for this book and for a free copy in exchange for an honest review.

With complex characters and a dark academic atmosphere, The It Girl is a clever and well-developed contemporary thriller.

The story is told over two timelines – before and after – as we get to know Hannah and her friends at university and understand their conflicts, ultimately leading up to the reveal of who killed April, why they had motive, and how they got away with it.

I find Ruth Ware such an intelligent writer. Her stories are always well constructed with fully-fleshed characters and plenty of development. The structure here works really well to build up suspense and I got a strong sense of each person, relationship, and of their surroundings. However, I wasn’t as gripped as I usually am with her books.

I suppose my issue was that the plot felt similar to others I have read and the pace doesn’t really pick up until the end. And while I did guess who did it and how, there were many possibilities so I still really enjoyed the build-up and action-packed ending.

Overall, I didn’t love this but I do love Ware so I would definitely recommend this, especially if you love an academic setting and sleuthing mystery. 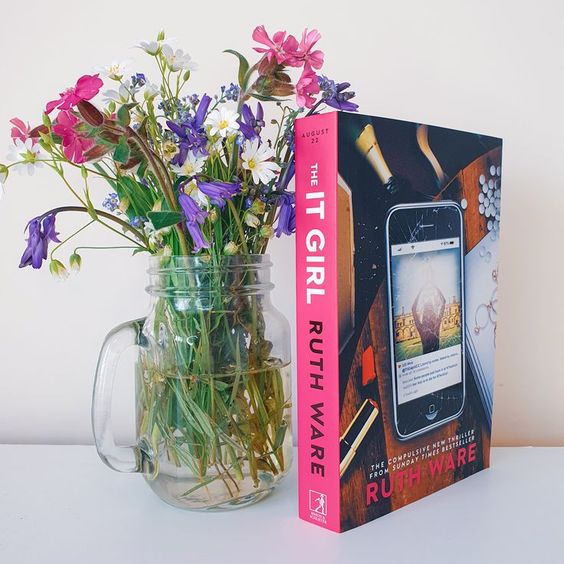 One thought on “READALONG: The It Girl by Ruth Ware”