Published in 2021, Magpie by Elizabeth Day follows the perfect couple, Marisa and Jake, and their new lodger, Kate. She’s the perfect roommate – and not just because her rent payments will give them the income they need to start trying for a baby. But no one is perfect, as Jake and Marisa’s relationship is put to the test with Kate’s boundary-pushing and obsession – with Jake, with Marisa, and with their future child. Who is this woman? In her quest to find out who Kate really is, Marisa might destroy everything she’s worked so hard to create. Jake doesn’t know the half of what Marisa has created and what she stands to lose.

A character-driven and intriguing domestic thriller, Magpie has tension and twists from the very beginning and is sure to surprise you in more ways than one.

If you go into Magpie expecting a drama with a few added twists, then you’re definitely more likely to be impressed by it than if you’re expecting a thriller. It is a story full of great misdirection, but you will have to put some of your expectations aside because it’s not as shocking as the tagline and synopsis suggest.

I read this with a group of people and many were disappointed by the fact that it wasn’t the thriller that was promised. And while I agree that the tagline and synopsis are both very misleading, I actually preferred the way that the story progressed as it felt much more straightforward and realistic.

Any time that a twist was on the horizon, I was worried that it was going to try and be too clever and not work. But instead, I found the revelations very satisfactory. They also meant that I was able to sympathise with the characters, as I struggled to get on with them at the start, believing that they all had bad intentions.

However, I think I preferred this direction as the thriller aspects of the story aren’t very well-thought-out. So even though there are darker themes hinted at, I feel like the author shied away from really going there with them.

In particular, Kate’s race is floated around and she’s told that her baby won’t look like her, which I think is also the reason for some of the ongoing conflicts around her. But the issue of race isn’t confronted face on, so these prejudices fall flat instead of giving the impact that you feel is being built up to.

There were aspects that didn’t completely work for me. The ending feels half-hearted and I’m not really sure where the magpie fits in. Mostly, it tries to be clever with its unreliability but goes in the wrong direction to skillfully execute any of the jealousy, envy, obsession, and intensity that comes on the label.

Overall, the dots don’t completely connect but I did really enjoy the very personable feel to its characters and their situations and I loved the original intentions, even if they didn’t all pay off. 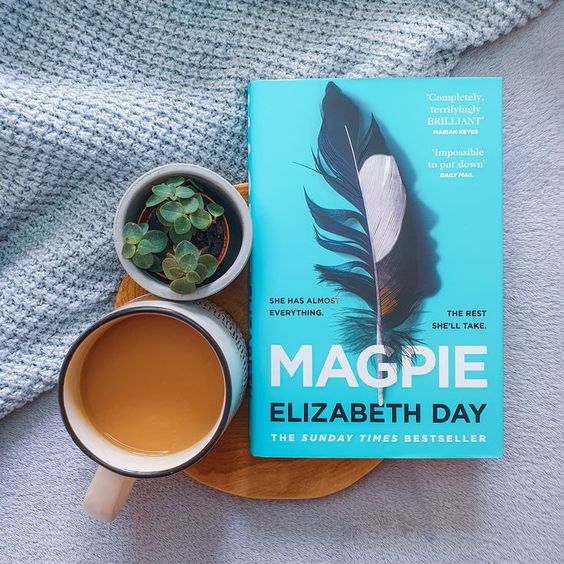