“Hearts get infiltrated.
Promises get broken.
Rules get shattered.
Love gets ugly.”

Published in 2014, Ugly Love by Colleen Hoover follows Tate Collins who, when she meets airline pilot Miles Archer, knows it isn’t love at first sight. They wouldn’t even go so far as to consider themselves friends. The only thing Tate and Miles have in common is an undeniable mutual attraction. Once their desires are out in the open, they realize they have the perfect set-up. He doesn’t want love, she doesn’t have time for love, so that just leaves the sex. Their arrangement could be surprisingly seamless, as long as Tate can stick to the only two rules Miles has for her: Never ask about the past, and don’t expect a future. They think they can handle it, but realize almost immediately they can’t handle it at all.

I’ve read four of Colleen Hoover’s books so far and have loved them all. Ugly Love seemed to be a lot of people’s favourite, so I was glad that it was one of our book club reads for this month.

At first, I thought the story was a little cheesy. Everything is very coincidental, Tate’s eagerness is a little awkward, and the main concept is pretty predictable. But Hoover is great at sticking to a common formula and making her characters break all of its boundaries.

I very quickly warmed to Tate and Miles and loved the humour in their chemistry. But of course, their relationship isn’t a simple one. What I love so much about Hoover, though, is that she is brilliant at exploring toxic relationships, giving you a reason to either be hopeful that her characters get out of them or eager for her characters to find a resolution.

And it’s the latter you’re desperate for here. It’s obvious that something has happened in Miles’ past to turn him into the closed off person that Tate knows him as, and I was desperate to find out what that was.

Soon enough, I couldn’t stop reading. I love how the two stories are told alongside each other. Tate’s present narrative is very straightforward, while Miles’ past is almost poetic with its fractured structure. It’s unusual, but it helped to add so much more feeling to the story, centring (literally) on his deepest emotions.

And then there’s the “spice”. I don’t often enjoy reading sex scenes because they can often either be too coy and lacklustre or too brazen and cringy. But Hoover knows what she’s doing. They were very steamy and passionate, so much so that I felt uncomfortable reading this book in daylight.

When Miles’ past eventually started to unfold, I had to put the book down and come back to it when I was emotionally ready. But it still broke me. I cried, and I cried, and then I cried again.

I can’t give this book anything less than five stars because it had everything that I needed. And a book that makes me cry like that is sure to be a favourite for me. 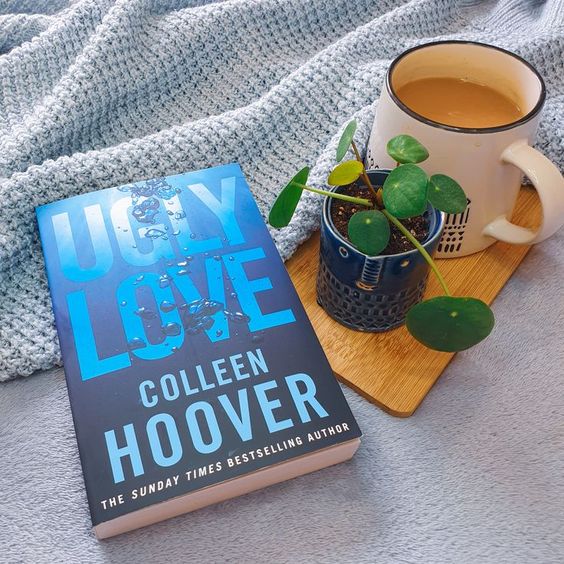