Originally published in 2007 and the sixth and final book in the Grant County series by Karin Slaughter, Skin Privilege centres on Lena Adams who has spent her life struggling to forget her childhood in Reece, the small town which nearly destroyed her. She’s made a new life for herself as a police detective in Heartsdale, a hundred miles away – but nothing could prepare her for the violence which explodes when she is forced to return. A vicious murder leaves a young woman incinerated beyond recognition. And Lena is the only suspect.

When Heartsdale police chief Jeffrey Tolliver, Lena’s boss, receives word that his detective has been arrested, he has no choice but to go to Lena’s aid – taking with him his wife, medical examiner Sara Linton. But soon after their arrival, a second victim is found. The town closes ranks. And both Jeffrey and Sara find themselves entangled in a horrifying underground world of bigotry and rage – a violent world which shocks even them. But can they discover the truth before the killer strikes again?

After reading Faithless at the start of the year, I knew something big was being built up. And having read a few instalments in the Will Trent series already, I had some idea about what that would be centred around. But boy, I was still not prepared.

Skin Privilege doesn’t feel like any other book in the series so far as it takes place outside of Grant County, as Slaughter puts her focus on Lena. Lena is a difficult character to warm to but I’ve always sympathised with her, so I loved getting an insight into her childhood and learning more about her family life.

But as usual, with Lena comes a whole lot of trouble, this time putting Jeffrey and Sara in the middle of a case that they normally wouldn’t have anything to do with. I did miss the feel of a small town crime, the security of Grant County station, the warmth of Sara’s family, and the mystery of a sadistic local seeking some kind of revenge. But it was obvious why Skin Privilege needed to step outside these comforts, and it definitely hits with the impact that was intended.

Fans of the series won’t be able to put this book down, as you’ll be on the edge of your seat waiting to see how these characters with will come out of this one unscathed. Slaughter has already put in the hard work to ensure that you have fallen in love with these characters, so this time it’s about the action, the violence and the threats that are putting everyone in danger. And those responsible are definitely a crowd that I wouldn’t want to bump into!

While I started with some of the Will Trent books and fell in love with Will before deciding to go back to the beginning, I have absolutely loved seeing where it all began and getting to experience these relationships from the start. There’s obviously a lot I’m going to miss about this series, but I can’t wait to meet Will properly and see how everything starts to tie together. 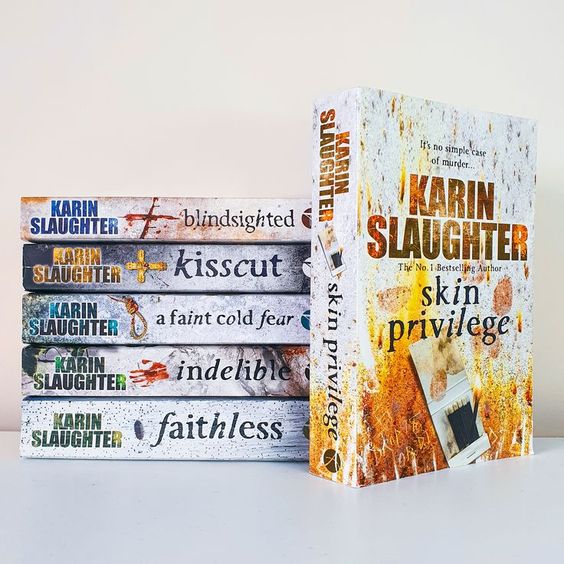