“It’s what you do when you’ve experienced the worst of the worst. You seek out people like you… people worse off than you… and you use them to make yourself feel better about the terrible things that have happened to you.”

Published in 2018, Verity by Colleen Hoover follows struggling writer Lowen Ashleigh who’s on the brink of financial ruin when she accepts the job offer of a lifetime. Jeremy Crawford, husband of bestselling author Verity Crawford, has hired Lowen to complete the remaining books in a successful series his injured wife is unable to finish.

Lowen arrives at the Crawford home, ready to sort through years of Verity’s notes and outlines, hoping to find enough material to get her started. What Lowen doesn’t expect to uncover in the chaotic office is an unfinished autobiography Verity never intended for anyone to read. Page after page of bone-chilling admissions, including Verity’s recollection of what really happened the day her daughter died.

Lowen decides to keep the manuscript hidden from Jeremy, knowing its contents would devastate the already grieving father. But as Lowen’s feelings for Jeremy begin to intensify, she recognizes all the ways she could benefit if he were to read his wife’s words. After all, no matter how devoted Jeremy is to his injured wife, a truth this horrifying would make it impossible for him to continue to love her.

I had read four of Colleen Hoover’s books before this one and they were all five-star reads for me. But I was very wary going into this one, as I had read so many mixed reviews.

Everything started off well. I enjoyed the characters, the atmosphere felt quite spooky, and I loved not knowing if the story was going to go full-on romance or dark and twisty. Then from the blunt and crude sex scenes which lacked any chemistry or emotion, it soon became obvious that things were going to start getting dark.

At about the halfway part, I started hating it. I hated the writing, I hated Verity’s cruel actions, and I hated Jeremy and Lowen’s desperate attraction. So instead of sticking with our buddy reading schedule, I had to read on to see if it could redeem itself.

For the most part, it does. The twists at the end more than made up for my hatred of the characters and I love how Hoover used these characters’ love of writing and fiction to shape her story. But the more I think about it, the more questions I have.

Hoover implies a lot with her characters, but there’s a lot that wasn’t pushed far enough for me to make the answers believable enough. Our group are split between what we believe the end means and it’s great when a book can do that. But overall, it just didn’t work for me. 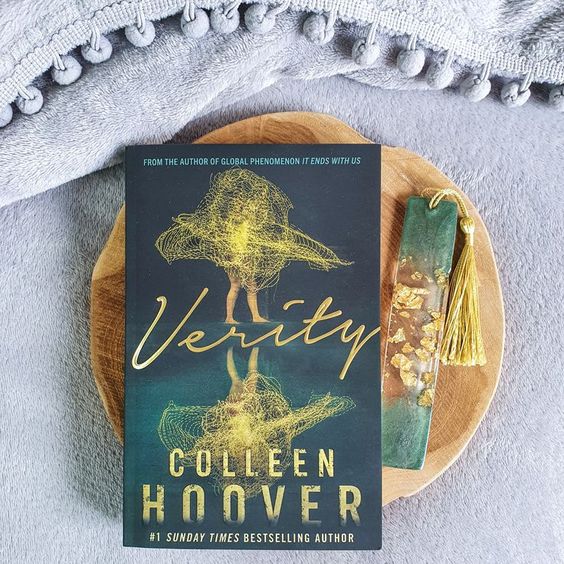