“It was the human condition: the need to know the worst, the destructive desire to see how it feels when you hit rock bottom.”

The first book in the D.I. Callanach series by Helen Fields, Perfect Remains sees Detective Inspector Luc Callanach’s first day at his new job, eager to prove himself to his new team, when he’s dropped right into the deep end with a missing person’s case. Elaine has been missing for weeks, but when her teeth and a fragment of her clothing are found next to the remains of an unidentifiable charred body in the Highland mountains, her case is soon escalated to a murder investigation.

But in the concealed back room of a house in Edinburgh, the real Elaine Buxton screams into the darkness, and it’s not long before another successful woman is abducted from her doorstep. Callanach finds himself in a race against the clock. Or so he believes. The real fate of the women will prove more twisted than he could have ever imagined.

I’ve been dying to get into Helen Field’s detective series so I was really excited to pick up Perfect Remains this month and finally meet D.I. Callanach.

Dark and fast-paced, Perfect Remains is a gripping and well-developed detective thriller, perfect for fans of a gritty crime on the hunt for a serial killer.

Although you know who the killer is from the start, the countdown to Luc connecting the dots is exhilarating. Fields is brilliant at building suspense and atmosphere and her killer is very clever and deranged, holding my attention throughout.

Most of all, I loved Luc and Ava’s developing relationship. Although I think there’s still a lot to learn about them both, I’m already excited to meet them again and I look forward to Luc getting his “problem” fixed and putting it to good use (#iykyk).

This first instalment is largely character-driven, and the only thing I didn’t enjoy was that Luc spent more time working on Ava’s case than his own. Both cases are very interesting and do connect in a way, but I had hoped we would see more of Luc in action.

His absence doesn’t go unmissed as his colleagues do call him out for his lack of attention, so hopefully next time we will get to see more of his efforts as a DI and of his chemistry with the rest of his team. And of course, Luc’s contribution with Ava is what allowed these two characters to bond, so I’m definitely interested to see how things move forward. 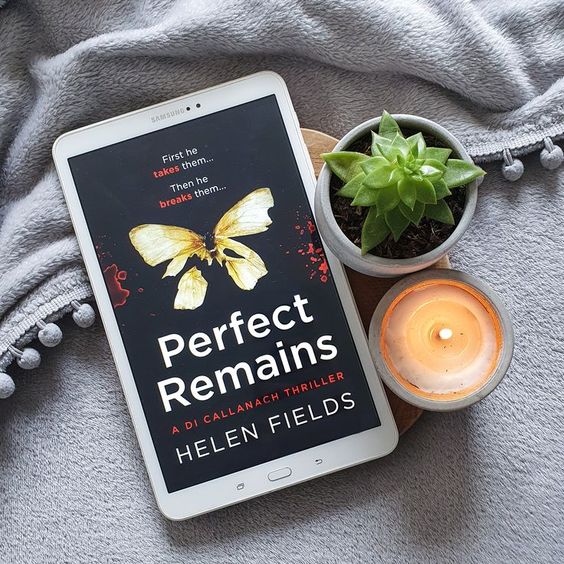