“Daisy Darker’s family were as dark as dark can be, when one of them died all of them lied and pretended not to see…”

Set to be published on 18th August, Daisy Darker by Alice Feeney follows its titular character, Daisy Darker, who arrives at her grandmother’s house for her 80th birthday. It’s Halloween, and Seaglass – the crumbling Cornish house perched upon its own tiny private island – is at one with the granite rocks it sits on. The Darker family haven’t all been in the same place for over a decade, and when the tide comes in they’ll be cut off from the rest of the world for eight hours. When the tide goes back out, nothing will ever be the same again, because one of them is a killer.

If you’re a fan of Alice Feeney, you’ll know that she loves a very dark story and, usually, a big shocking twist. But I’m not going to lie. For the first 80% of this book, I was pretty bored, and I was fully prepared to hate the twist that was inevitably coming and give this a three-star review.

But then the twists came, and everything changed. At first, I was unsure how I felt about what was happening. But the more I listened, the more I loved it. And then I immediately had to listen to it all over again to see if the revelations helped me to engage with the story more, and they really did.

On a second listen, I could instantly see how clever the glorious trickster Feeney had been. And by the end, I loved it! However, it’s definitely one of those stories that you’re either going to love or hate. I really didn’t think I was going to get my head around it well enough at first, but my second listen has washed over all the doubts that I had on my first read.

My initial concern was that there wasn’t a whole lot going on for a very long time. Daisy Darker is a very character-driven story, and although there is an obvious influence from Agatha Christie’s classic And Then There Were None, I wasn’t feeling the fearful atmosphere or pressures of the closed-in setting.

But it definitely all made sense by the end and I felt the atmosphere much more having understood the emotions in the room better, and I come away from my second read feeling nothing but pure admiration for Feeney. She’s done this to me a few times now, and I absolutely love that she has no fear of testing the boundaries and, in turn, her readers.

I’m not sure if you’re going to love this one or hate it, because it really could go either way. But all I can say is that you need to read it!

My review of the audiobook narration is pretty much exactly the same as my feelings for the book itself. Stephanie Racine’s narration is great and she really encapsulates the character of Daisy. But on a first listen, I found her tone a little annoying as she seems to question everything going on. Again, this is something that makes much more sense on a second listen, so I enjoyed it a whole lot more when I understood the story better. 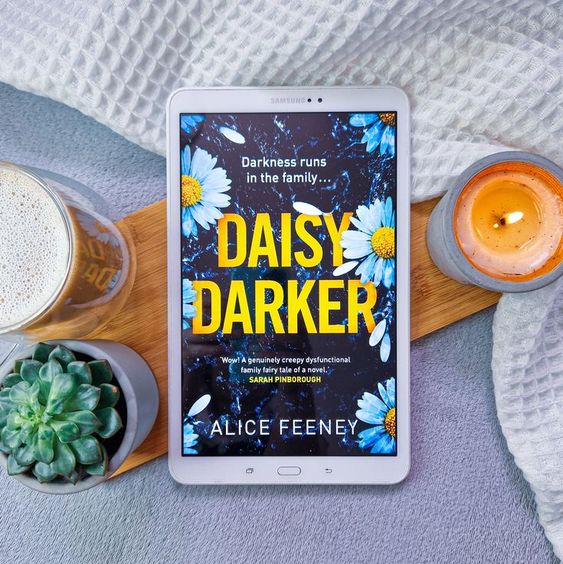