Set to be released on 23rd June and the second book in Karin Slaughter‘s Andrea Oliver series, Girl, Forgotten sees Andrea Oliver, now a US Marshal, arrive in Longbill Beach to investigate a cold case with links to her own past. Forty years ago, Emily Vaughn was killed on her prom night, but her murder remains a mystery. Her friends closed ranks, her wealthy family retreated inwards, and the small town moved on. But all that’s about to change. The killer is still out there, and Andrea must discover the truth before she gets silenced, too.

I’ve been so excited about this book but I only recently learned that it was a sequel to Pieces Of Her, which is my least favourite book by my favourite author, so I was a little apprehensive to pick it up. But I knew as soon as I started reading it that I was going to love it.

Girl, Forgotten is definitely up to Slaughter’s usual standards for me. The characters are dark but compelling, the gripping case is shocking and gritty, and the sharp investigation is clever and skillfully written. Most of all, I loved the small town setting and mystery around what really happened 40 years ago, and I couldn’t wait to figure out the truth.

As a standalone, I think it will be easy for readers to enjoy Girl, Forgotten. However, it doesn’t do a very good job rounding up previous events, so the messy family dynamic won’t be easy to get your head around at first. But it’s only the relationships that link back to the first book as Andrea goes off on her own to begin a new career, and it’s the cold case she is working on (which links to her imprisoned birth father) that is the focus here.

At first, I was surprised that Slaughter had chosen Pieces Of Her to follow up, but I suppose the success of the Netflix series had something to do with that (although the series is very different so there’s a lot that won’t add up here if you haven’t read the book).

While I didn’t love the first book, the series really helped me to enjoy the characters more, and Andrea grew on me even more with this instalment. I definitely wasn’t expecting a sequel, but I love how Slaughter has developed such an interesting case from her original set of characters, and I’m glad I was given the chance to learn more about the Oliver family. 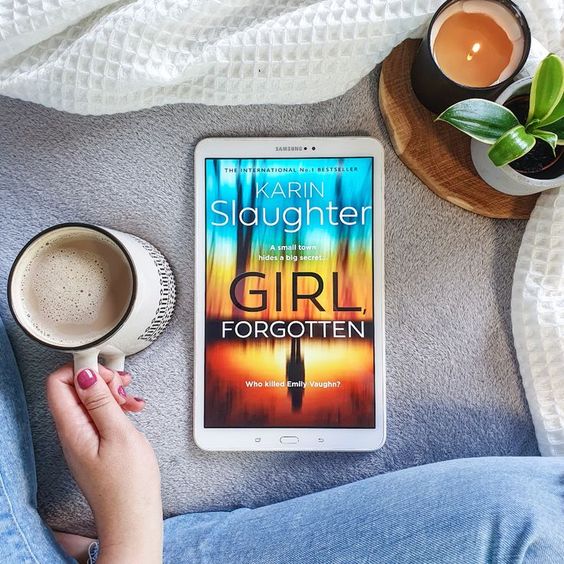