“They tried to escape him, but he wouldn’t let them.”

The first book in Karen Rose‘s Chicago series, Don’t Tell follows Mary Grace Winters who knew the only way to save herself and her child from her abusive husband was to stage their deaths. Now, all that remains of her former life is at the bottom of a lake. As Caroline Stewart, Mary Grace has almost forgotten the nightmare she left behind nine years ago. Slowly she has learned to believe that her new life, and new identity, is here to stay. Then her husband uncovers her hidden trail. Step by step, he’s closing in on her. Now Caroline must decide whether to flee again or whether the time has come to stay and fight…

I’ve had most of Karen Rose’s books on my kindle for years now so I thought it was about time to finally read one and see what this Romantic Suspense series was all about.

I was curious to see how the romance would be merged with a thriller and if I would even enjoy the combination, as relationships can sometimes get in the way of the action. But the romance is developed really well. Although the sex scenes are quite explicit, Mary Grace is far too damaged to consider this book “sexy”. However, I appreciate that Rose takes the time for Mary Grace to heal herself before she took the next step with Max.

I struggled to understand their love-at-first-sight chemistry at first and their relationship did feel a little immature at times, but I could really feel the powerful connection between them by the end.

The thriller side of the story is great, too. Rose brilliantly captures Mary Grace’s fear and Rob Winters is a really evil character who I was desperate to see get his comeuppance. Rose also explores the issue of domestic violence with great sensitivity, and Mary Grace’s courage and Max’s understanding are both very inspiring.

For me, the balance of romance and thriller worked well. I didn’t love the characters so I wasn’t completely invested, but I’m definitely eager to read more by Rose and hopefully find some characters who I can better feel the connection between. 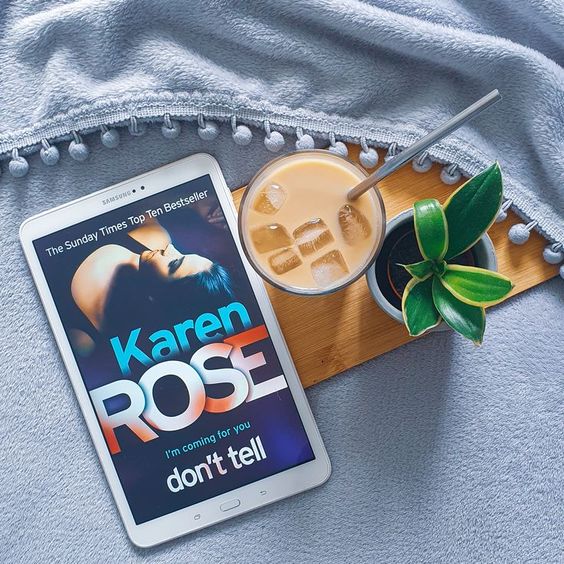