“One body
Six victims
No suspects”

Published in 2017 and the first book in Daniel Cole‘s Fawkes and Baxter series, Ragdoll follows controversial detective William Fawkes, known as The Wolf, who has just been reinstated to his post after he was suspended for assaulting a vindicated suspect. Still under psychological evaluation, Fawkes returns to the force eager for a big case. When his former partner and friend, Detective Emily Baxter, calls him to a crime scene, he’s sure this is it: the body is made of the dismembered parts of six victims, sewn together like a puppet–a corpse that becomes known as “The Ragdoll.”

Fawkes is tasked with identifying the six victims, but that gets dicey when his reporter ex-wife anonymously receives photographs from the crime scene, along with a list of six names, and the dates on which the Ragdoll Killer plans to murder them. The final name on the list is Fawkes.

With a gripping opening scene and a gruesome murder, Ragdoll will have you on the edge of your seat until the very end, not knowing who is responsible or how far down the list this mysterious killer will manage to get.

This book has everything I love about a detective series. The crimes are dark and gory, the characters are strong and engaging, and the investigation is fast-paced and constantly keeps you on your toes.

I absolutely loved Fawkes’ character. He often made me laugh but then I was also very wary that we might not be able to trust him, so this internal battle of not knowing whether I should be warming to him or not made this read all the more exciting.

I didn’t think I needed another detective series to get into, but this one is original, clever, and darkly humorous, so I look forward to continuing it!

I’ve only just realised that the book has already been adapted into a TV series (although there currently isn’t any way to stream it for free in the UK), but I will definitely be on the lookout for a way to watch this as soon as I can! 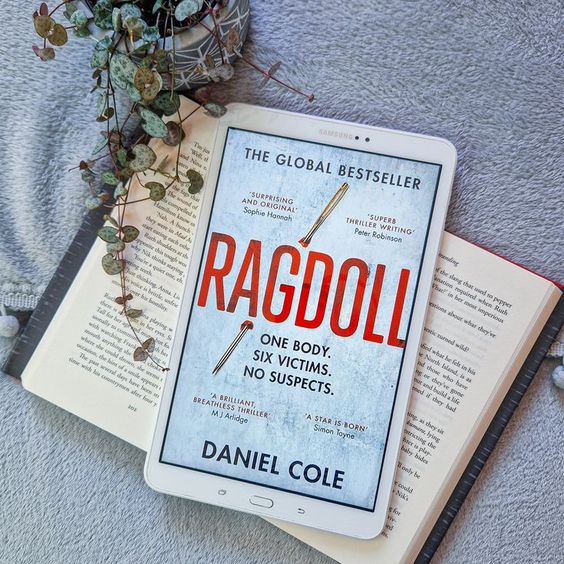