The sixth book in Steve Cavanagh‘s Eddie Flynn series and published in 2021, The Devil’s Advocate sees New York lawyer Eddie Flynn travels south to take on Randal Korn, the King of Death Row, known for sending more men to their deaths than any district attorney in the history of the United States. Flynn is there to defend Andy Dubois, who was forced to wrongly confess to the murder of a young woman. Everyone in Buckstown believes Andy is guilty. He has no hope of a fair trial. And the local defence attorney assigned to represent him has disappeared. Flynn plans to destroy the prosecutor’s case, find the real killer and save Andy from the electric chair. But the murders are just beginning. Is Eddie Flynn next?

Another phenomenally written legal thriller, The Devil’s Advocate is a gripping story that follows an eye-opening case with plenty of shocking twists.

I’ve only the two instalments before this latest one in the Eddie Flynn series and they were both such exceptional investigations that I was worried The Devil’s Advocate wouldn’t live up. But I needn’t have feared, as the case here is just as engrossing and accomplished.

As usual, there are so many obstacles in Flynn’s way and so many people working against him and his team, I was in constant fear that something was going to go horribly wrong and prevent him from being able to succeed. But the way Flynn works his cases is so impressive, that I didn’t want to put this book down.

The end, for me, felt a little rushed, but it’s really all about the scenes in the courtroom, and Cavanagh blows my mind every time.

Reading Cavanagh’s Author’s Note, I was appalled to see that his story is based on some truth regarding a small percentage of the US being most responsible for the number of death penalties occurring, and I can’t believe that something like this could really be happening in today’s world. It really makes you think, and you’ve just got to hope that there are enough real-life people like Flynn out there to stand up for the innocent or wrongly convicted.

I can’t wait to read the next instalment, which is out tomorrow! 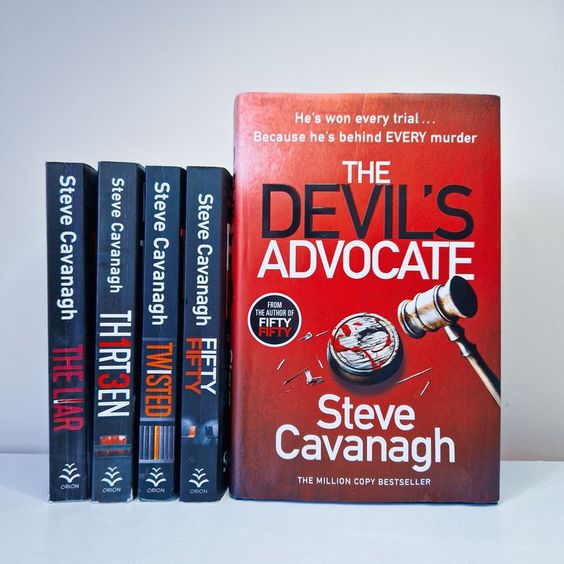