The first book in Karin Slaughter’s Will Trent series an published in 2006, Triptych sees Special Agent Will Trent of the Criminal Apprehension Team travel to Atlanta to support police detective Michael Ormewood in his investigation of a series of murders. The latest victim has just been found in the stairwell in a pool of her own blood, her body horribly mutilated. As a one-off killing it’s shocking, but when it becomes clear that it’s just the latest in a series of similar attacks, Michael is forced into working with a man he instinctively dislikes.

Twenty-four hours later, the violence Michael sees around him every day explodes in his own back yard. And it seems the mystery behind Monroe’s death is inextricably entangled with a past that refuses to stay buried…

The first book in Slaughter’s Will Trent series, I was a little nervous about how things would move on after the events of the Grant County series and if it would feel the same in a new location, away from Sarah Linton.

Fortunately, I have already read two books in the Will Trent series and instantly fell in love with his character, which is what prompted me to start the series from the beginning, so I was eager to see where it all began.

With a series of violent and gruesome crimes, a disturbing offender, and an intriguing investigation, it was brilliant to see how Trent’s character was first introduced and to learn more about his past. He’s such a likeable character, and is sure to get you hooked in these books.

Slaughter is known for her multilayered dense writing, so not all readers will appreciate a thriller this long and complex. A lot of time is spent away from Will as we delve into the past, as well, so it’s understandable that some readers may have appreciated some more fluidity in the narratives. But I loved the twists that this one took and the brilliant way it changes your perception of these characters.

But while Slaughter’s books certainly won’t be on your light summer reading list, they should be on your TBR if you want new favourite characters and to find a series that you will easily feel committed to. I very rarely justify chapters longer than five pages long, but I always find Slaughter’s writing so engaging. I don’t ever find myself flicking forward to see how long is left, questioning a character’s attitude, or wondering if there’s more to the story.

Instead, I always feel completely in the moment, invested in every character 100%, and resistant to put the book down. I can’t wait to read more! 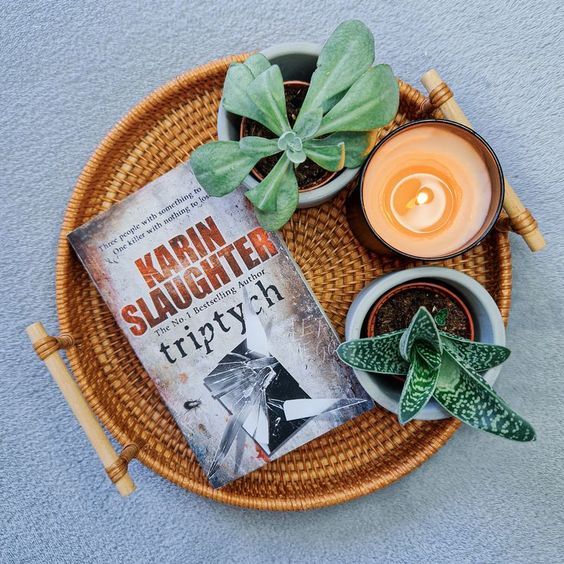