“There is no client as scary as an innocent man.”

Originally published in 2005 and the first book in the Mickey Haller series, The Lincoln Lawyer by Michael Connelly follows criminal defence attorney Mickey Haller who operates out of the back seat of his Lincoln Town Car. Travelling between the courthouses of LA, he defends clients of every kind – bikers, con artists, drunk drivers, drug dealers. For Haller, the law is rarely about guilt or innocence — it’s about negotiation and manipulation. Sometimes it’s even about justice.

But when a Beverly Hills playboy is arrested for attacking a woman and he chooses Haller to defend him, Mickey has his first high-paying client in years. It is a defence attorney’s dream. And, as the evidence stacks up, Haller comes to believe this may be the easiest case of his career. But then someone close to him is murdered, and Haller discovers that his search for innocence has brought him face-to-face with pure evil. To escape without being burned, he must deploy every tactic — this time to save his own life.

To celebrate Orion’s 30th birthday, I was kindly sent a book from their catalogue from over the last 30 years. Thanks to the publisher for a free copy in exchange for an honest review.

A gripping investigation with great characters, The Lincoln Lawyer is a phenomenal legal thriller that’s full of suspense and shocking twists.

Once a journalist and crime reporter, Connelly knows how to both write and get properly into an investigation. The courtroom scenes are exciting, and dialogue is sharp, and the pace is perfect. I flew through this book and loved every minute of it.

I’ve been reading Steve Cavanagh’s Eddie Flynn series and it’s easy to see that Cavanagh has taken some inspiration from Connelly and Haller as this is such a classic legal thriller. You have the compelling lead character, a host of interesting allies, a deceiving perpetrator, and a dark crime that takes on plenty of unexpected surprises.

Haller is such a fantastic character. Although he often prioritises money and success, there’s still a lot of good in him, too. He’s full of charisma and passion, and incredibly likeable despite the odd flaw, so you really root for him to come out of this case unscathed.

The Lincoln Lawyer has been adapted into a film starring Matthew McConaughey and, more recently, a Netflix series (which I am now going to give a watch). So if you recognise the character or just enjoy a good legal thriller, you definitely need to get this book on your shelf! 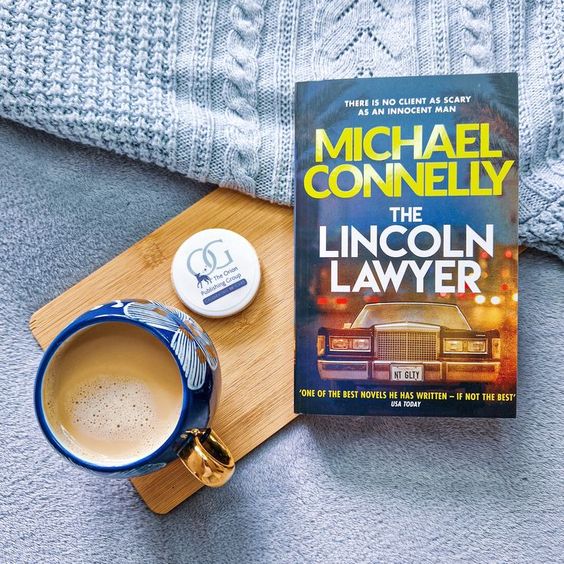