“She had lived a lie for thirteen years, and the perfect life as she had known it was about to change forever.”

Published in 2021, When I Was Ten by Fiona Cummins follows sisters Sara and Shannon Carter who, when they were aged ten and twelve, lived in the beautiful house on the hill. Their Dad was the local GP, and their best friend, Brinley, lived next door. They would do anything for each other but everything shifted on that fateful day when Dr Richard Carter and his wife Pamela were stabbed fourteen times with a pair of scissors in what has become the most talked about double murder of the modern age.

One of the girls, nicknamed the Angel of Death, spent eight years in a children’s secure unit accused of the brutal killings. The other lived in foster care out of the limelight and prying questions. Now, on the anniversary of the trial, a documentary team has tracked down one of the sisters, persuading her to speak about the events of that night for the first time.

When I Was Ten was one of my most anticipated reads of the past year so I was really excited to finally get to it after hearing so many fantastic reviews. And with a chilling premise, dark characters, the promise of lots of shocking twists, and an intriguing prologue, When I Was Ten instantly had all of my curiosity.

With the intertwining narratives told by one of the sisters and their childhood best friend, it was really interesting to see how this story came together and I loved the way that Cummins’ explored childhood trauma. I find it such a fascinating subject for thrillers, and the characters here felt very believable and compelling, and I didn’t trust a single one of them.

But unfortunately, I found the way the story progressed quite boring. I had predicted the main twists, and feel like all the “big moments” were underplayed. With the subplot of the MP causing an unnecessary distraction and not being used to its potential, as well, I wish more time had been spent on the confrontational scenes for the story to have had a better impact, as it just didn’t pay off for me overall.

Although I definitely didn’t see the final twist coming, I really didn’t like this last-minute effort to shock readers, which only resulted in me closing the final page with a massive eye-roll. I really do like Cummins’ bleak writing, but I’d definitely say they were more domestic than psychological. For this reason, I think my expectations have been too high, so I haven’t been able to enjoy them for what they are.

I recently read Cummins’ recent release, Into The Dark, and I felt exactly the same about that book. Both books have brilliant premises and so much dark potential, but I feel that both stories felt too uneventful, despite concepts that should really have left me aghast with shock and horror. 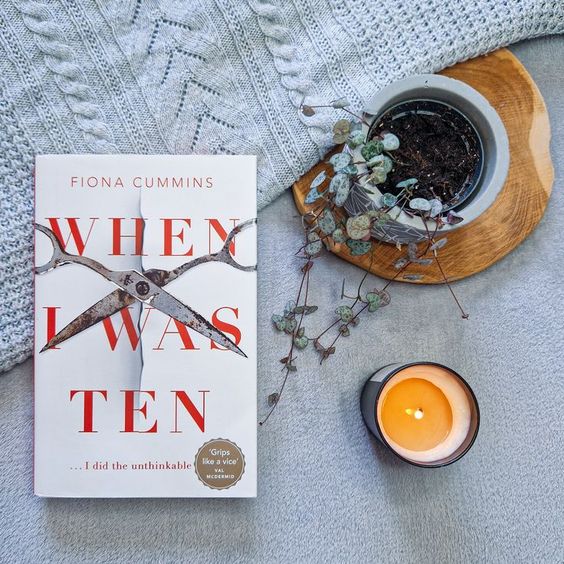