Published in 2018 and the third book in Helen Fields‘ D.I. Callanach, Perfect Death follows DI Luc Callanach and the newly promoted DCI Ava Turner as, unbeknownst to them, a serial killer has Edinburgh firmly in his grip. The killer is taking his victims in the coldest, most calculating way possible – engineering slow and painful deaths by poison, with his victims entirely unaware of the drugs flooding their bloodstream until it’s too late.

But how do you catch a killer who hides in the shadows? A killer whose pleasure comes from watching pain from afar? Faced with their most difficult case yet, Callanach and Turner soon realise they face a seemingly impossible task…

With a new sadistic serial killer on the loose and a gripping chase to follow, Perfect Death is another brilliant instalment in this standout detective series with a strongly-developed plot and characters that you’ll love spending time with.

While we got to know more about Ava in the last book, this time we get to know more about Luc’s family and past. It is these two characters and their addictive chemistry that I love so much about these books, and I enjoyed seeing how their relationship developed with Ava’s recent promotion, even if it has seemed to put a [hopefully temporary] stopped on any romance.

There’s also a lot of humour in this book which allowed me to get to know some of the smaller characters more personally, too. I had been on the fence about Lively so far, but in his own words, “He’s not a complete tosser.”

This is probably my least favourite instalment so far as I didn’t find the serial killer as interesting, but it’s still another fantastic book in a brilliant series and I look forward to continuing it.

This is the first instalment that I have listened to on audiobook and I absolutely loved how the narrator, Robin Laing, mastered each of the characters’ different accents. From Scottish to English, to Scottish with a French twang, Laing does an absolutely fantastic job of giving each character their own voice, and the accents added even more depth to these characters who I already loved. 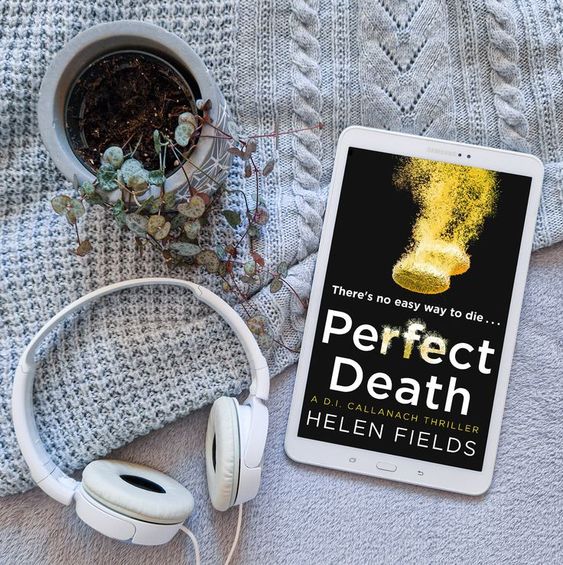