“I’m not a religious person but I do sometimes think God made you for me.”

Published in 2018, Normal People by Sally Rooney follows Connell and Marianne who grow up in the same small town in the west of Ireland, but the similarities end there. In school, Connell is popular and well-liked, while Marianne is a loner. But when the two strike up a conversation – awkward but electrifying – something life-changing begins.

I’ve said it before, and I’m not even sure it made sense then, but I’ll say it again: Sally Rooney is my mood!

As soon as I started reading Normal People, I was filled with so much nostalgia of being young and experiencing things for the first time. From first loves, secret moments, subtle pleasures and sexual awakenings, to naive expectations, overwhelming emotions and trying to find yourself amongst the judgemental crowd, I just love everything about her characters and stories.

Connell and Marianne are two of my favourite characters, and I love the way their story develops. I completely understand why so many people don’t get on with Rooney’s books, but they always feel so relatable to me. I’m all for a journey of emotional turmoil with characters who find each other during their personal struggles, who try to find ways to make themselves feel needed but who are self-destructive in their own insecurities. Maybe that says more about me as the reader, but I was constantly moved by Connell and Marianne’s decisions.

And while I don’t normally enjoy reading books without speech marks, I do think that it really suits Rooney’s storytelling, adding a bit of chaos and making you question what’s said out loud and what’s only in someone’s head.

It probably helped that I absolutely loved the BBC adaptation of the book and the perfect casting of Daisy Edgar-Jones and Paul Mescal, as I had their beautiful faces in my head throughout. But it’s also a brilliant adaptation which tells this story brilliantly. 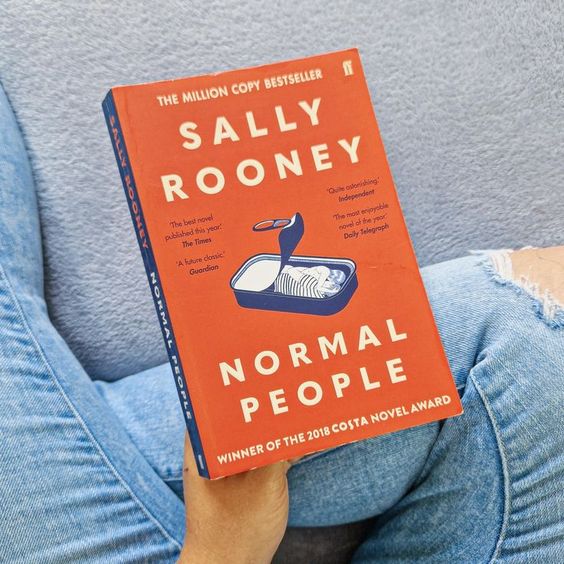