“The love of your life… or your biggest mistake?”

Set to be released on 26th August, The Ex by SE Lynes follows newly-single Sam who moved in his with his loving Gran just before lockdown after breaking up with longterm girlfriend, Naomi. With restrictions now lifted, Sam takes a walk to the beach where he bumps into Naomi for the first time in nearly a year. A lot has changed since then, most noticeably that Naomi is pushing a pram. Sam hesitates, not knowing what to think, but soon plucks up the courage to ask Naomi if he is Tommy’s father. Sam couldn’t trust Naomi before, but has motherhood changed her? Or is she about to bring even more trouble into his life?

Today is my stop on the Bookouture blog tour for this book. Thank you to the publishers for a free digital copy in exchange for an honest review.

I have absolutely loved SE Lynes’ most recent releases and she quickly became an auto-buy author for me, so I was very excited to read her latest.

An absorbing and intriguing thriller, The Ex is another brilliantly-written story with striking characters and a refreshing twist.

Lynes’ characters always get into my head and the same can be said for The Ex. I was wary of both characters as Sam comes across as a little too gullible, although I did admire his hopefulness, and it’s obvious that Naomi is hiding something, but I still really enjoyed being in their company and seeing how their story played out.

Usually I find Lynes’ books more jaw-dropping whereas I found The Ex a little more domestic. It’s not a predictable story but you know that Naomi isn’t trustworthy so this does take away some of the shock when the truth finally comes out.

The story is also one that some readers may have read similar to before, but there was still a lot that surprised me and the last section is really exhilarating. I especially enjoyed how lockdown played into the story. I know a lot of people don’t like books that address the pandemic but it felt relevant here and gave a plausible reason for these characters to not have seen each other in so long.

Lynes will always be an author I recommend so whether you’ve read something by her before or not, she’s definitely a thriller writer than needs to be on your radar. 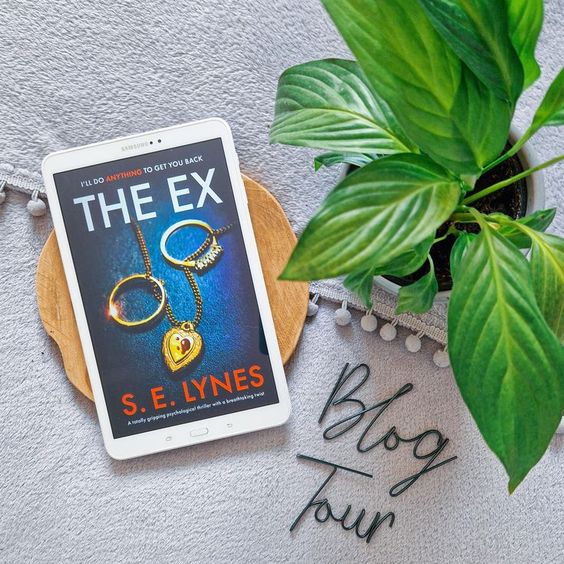 The love of your life… or a deadly mistake?

It’s hard, meeting your ex after so much time apart. You remember the tears and accusations, the desperate look on his face as he punched the wall, but you try not to show it. You smile politely, even while your heart beats faster.

You watch as he looks down into the stroller, at the beautiful blond-haired blue-eyed baby kicking his little legs in the sunshine, whose innocent smile lights up your world.

You see his face change. You know what he’s thinking.

The next day he calls. His voice is shaking. He wants the truth. Is it his child?

You hesitate, your throat dry, good and bad memories swirling in your mind. You’ve missed him so much… but can you ever trust him again?

You decide that the most important thing is doing what’s right for baby Tom. But months later, when the sirens wail in the night, you have to admit: you never thought either of you would go this far…

A brilliantly twisty psychological thriller from no.1 bestselling author S.E. Lynes about a relationship full of secrets and lies. Fans of Ruth Ware, Lisa Jewell and Gillian Flynn will be gripped by The Ex.

A former BBC Producer, S.E. Lynes has lived in France, Spain, Scotland and Italy and is now settled in Greater London. After completing her MA, she taught creative writing at Richmond Adult Community College for ten years. She now combines writing, mentoring and lecturing in Richmond Borough.