“I wish that everything was different. I wish that I was a part of something. I wish that anything I said mattered, to anyone. I mean, let’s face it: would anybody even notice if I disappeared tomorrow?”

Based on the award-winning musical, Dear Evan Hansen by Benj Pasek, Val Emmich, Steven Levenson, & Justin Paul follows high school senior Evan Hansen who writes a letter that was never meant to be seen by anyone. But when it’s picked up by a classmate who later commits suicide, Evan is drawn into a family’s grief over the loss of their son. Now, he is given the chance of a lifetime: to belong.

Suddenly, Evan isn’t invisible anymore. He just has to stick to a lie he never meant to tell, that the notoriously troubled Connor Murphy was his secret best friend. But as Evan gets pulled deeper into their swirl of anger, regret, and confusion, he knows that what he’s doing can’t be right, but if he’s helping people, how wrong can it be?

I hadn’t seen the musical or film adaptation before reading this book, but I have often listened to the breathtaking soundtrack and I was really eager to read the story and get the full picture.

Dear Evan Hansen is a moving story which brilliantly tackles issues of loneliness, anxiety, isolation, and depression. Evan’s anxiety and depression feel so genuine and it’s brilliant to see a character with these everyday struggles given centre stage, and for these invisible illnesses to be given the spotlight.

I’ve just watched the film adaptation as I’ve sat writing this review and Ben Platt has an absolutely phenomenal voice so I’ll forgive him for being ten years too old for the role. But his performance of Evan is so fitting. Evan is such a lovable character and I wanted to give Platt a massive hug all the way through.

The musical has such a beautiful message which is so important for those in this period of their lives to hear, and the writers have done a fantastic job of opening up these discussions in such a relatable way.

As a book based on a play (rather than the other way around), the book doesn’t quite have the same depth that the play does, and it doesn’t give the other characters as big of a voice, but it gets its powerful messages across all the same.

I was a little cautious of how the story was going to end, as Evan’s actions did need repercussions but I was also aware that the story needed to end with a strong and positive message, so I didn’t know which direction it would go. But the end is the perfect balance of doing what’s right and offering support in times of need.

My favourite part of the film is how the email conversations were told through song which made me laugh out loud. I could listen to these songs all day. 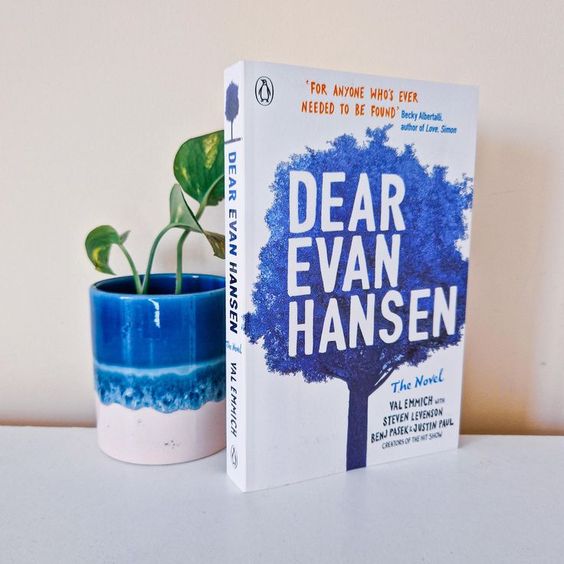