Published in 2016, One True Loves by Taylor Jenkins Reid follows Emma Blair who, in her twenties, marries her high school sweetheart, Jesse. They build a life for themselves, far away from the expectations of their parents and the people of their hometown in Massachusetts. They travel the world together, living life to the fullest and seizing every opportunity for adventure. But on their first wedding anniversary, Jesse is on a helicopter over the Pacific when it goes missing. Just like that, Jesse is gone forever.

Years later, now in her thirties, Emma has returned to her hometown when she runs into an old friend, Sam, and finds herself falling in love again. When Emma and Sam get engaged, it feels like Emma’s second chance at happiness. That is, until Jesse is found. He’s alive, and he’s been trying all these years to come home to her. With a husband and a fiancé, Emma has to now figure out who she is and what she wants, while trying to protect the ones she loves.

Who is her one true love? What does it mean to love truly? Emma knows she has to listen to her heart. She’s just not sure what it’s saying.

I’m a huge fan of Taylor Jenkins Reid’s recent releases which are all very popular on Bookstagram, but I wanted to give her earlier books a go to see how they compared.

A poignant and beautifully written story about love and loss, with thought-provoking lessons about grief, healing and acceptance, One True Loves is just as devastatingly beautiful, powerfully engaging, and heart-achingly emotional.

I had to double-take the first line and then was immediately intrigued to find out what was going on. And I’m glad that I went into it blind, as every direction felt so authentic that I identified with every character’s perspective.

Although the book spans many years as we see Emma go through various stages of her life, TJR gives great insight into both relationships and details so much character growth in a relatively short amount of time. I had no idea which path Emma would choose but I knew I would cry either way as both Sam and Jesse deserved love, but the ending that TJR chose was the perfect conclusion which absolutely broke me.

I always say that I’m not a fan of romance books, but then there are books like this that make me realise that I LOVE romance books, they just have to be this genuine, devoid of any rom-com tropes, and a hint of tragedy always helps. 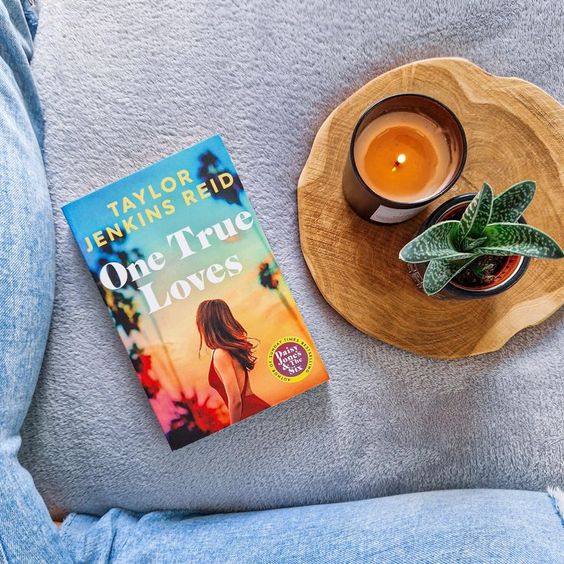