“Saying no can be ten times harder than saying yes, but it makes you feel a hundred times better.”

Published in 2021, Mrs England by Stacey Halls is set in West Yorkshire, 1904, when newly graduated nurse Ruby May takes a position looking after the children of Charles and Lilian England, a wealthy couple from a powerful dynasty of mill owners. She hopes it will be the fresh start she needs, but as she adapts to life at the isolated Hardcastle House, it becomes clear there’s something not quite right about the beautiful, mysterious Mrs England. Ostracised by the servants and feeling increasingly uneasy, Ruby is forced to confront her own demons in order to prevent history from repeating itself. After all, there’s no such thing as the perfect family – and she should know.

I always find Stacey Halls’ books so easy to get into. The setting and characters quickly take over you, as Halls’ evocative words transport you to a different time and place. Usually, I need to have some clue about what’s happening in a story to be eager to keep reading. But while I had no idea where Mrs England was going, whether it was going to end in a sordid love affair or take a much darker approach, I couldn’t stop reading.

The tension slowly builds as you find yourself engrossed in Ruby’s tale. It is a bit of a slow burner, but I constantly felt consumed by the atmosphere and interested in what would happen. I would have liked it to go a little darker at times, but I think, overall, it’s a brilliant portrait of marriage, power and control in this era, and I yet again come away from Halls’ story believing that she has taught me more about this period in history. 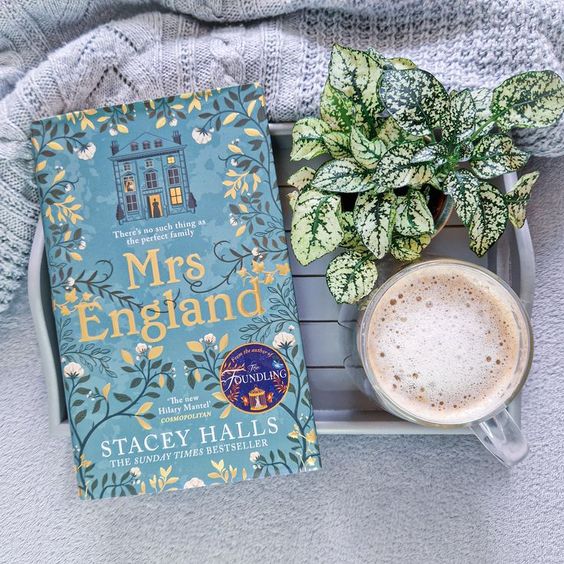