“They found the bodies on a Tuesday.”

Published in 2021, Every Last Fear by Alex Finlay follows NYU student Matt Pine who returns to his dorm room to devastating news: nearly his entire family — his mum, his dad, his little brother and sister — have been found dead from an apparent gas leak while vacationing in Mexico. The local police claim it was an accident, but the FBI and State Department seem far less certain, and they won’t tell Matt why.

The tragedy makes headlines everywhere because this isn’t the first time the Pine family has been thrust into the media spotlight. Matt’s older brother, Danny is currently serving a life sentence for the murder of his teenage girlfriend Charlotte and was the subject of a viral true crime documentary suggesting that Danny was wrongfully convicted. Though the country has rallied behind Danny, Matt holds a secret about his brother that he’s never told anyone: the night Charlotte was killed, Matt saw something that makes him believe his brother is guilty of the crime.

When Matt returns to his small hometown to bury his family, he’s faced with a hostile community that was villainized by the documentary, a frenzied media, and memories he’d hoped to leave behind forever. Now, as the deaths in Mexico appear increasingly suspicious and connected to Danny’s case, Matt must unearth the truth behind the crime that sent his brother to prison, forcing him to confront his every last fear.

A suspenseful mystery thriller, Every Last Fear is the perfect read for fans of true-crime, as Finlay takes you on an intriguing and action-packed chase for the truth.

Told through multiple points of view and alternating between past and present, Finlay’s complex story constantly keeps you on the edge of your seat. I couldn’t predict where either timeline was going, and I was invested in every single moment.

But not only is this a gripping mystery, Every Last Fear is also a very compelling story, exploring the lengths you would go to to protect your family and loved ones. The characters all felt very genuine, pulling you into their story as we unravel who’s behind so many of their deaths, while allowing you to get to know these characters in-depth even though you know that events are leading up to their eventual demise.

I definitely want more books by Finlay on my shelf after reading this!

This is a brilliant book to listen to in audiobook format, as the interviews and documentary transcripts are really brought to life in this way. Jessica Preddy and Walles Hamonde both do an exceptional job, ensuring that you don’t want to press pause at any point. 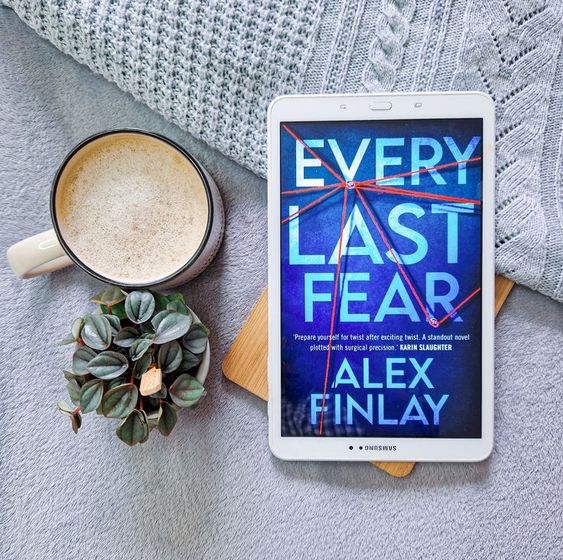