“This is the women’s war, just as much as it is the men’s. They have waited long enough for their turn…”

Published in 2019, A Thousand Ships by Natalie Haynes tells the story of the women, girls and goddesses at the centre of the Western world’s great tale ever told, from the Trojan women whose fates now lie in the hands of the Greeks, to the Amazon princess who fought Achilles on their behalf, to Penelope awaiting the return of Odysseus, to the three goddesses whose feud started it all, these are the stories of the women whose lives, loves, and rivalries were forever altered by this long and tragic war.

I’ve read many stories and retellings about the battle of Troy so I was a little worried that I had heard it all before and that might taint this book for me, although I know it is a favourite for many. But this wasn’t the case at all!

A beautiful anthology of stories told from many compelling perspectives, A Thousand Ships is a refreshing and vivid retelling of a well-known classic.

From a group of unnamed women witnessing everything from behind the curtain, Odysseus’ wife Penelope as she awaits his return, the Queen of Troy Hecuba, the amazon princess Penthesilea who fought against Achilles, the women in Agamemmon’s life who all suffered at his hands, to the Goddesses Aphrodite, Hera and Athena whose actions put the war in motion, the story is told through a whole cast of women involved in the Trojan war.

There are obviously a lot of characters involved so I did appreciate having some knowledge of who’s who beforehand, and I loved seeing how many characters I am already familiar with – such as Circe, Elektra, and Briseis – came together.

At times I wish the story was told in a more linear way, but I also loved how two of the stories were told backwards, so there really is no pleasing me. But every story added something new to my knowledge.

I especially loved learning more about Penelope whose story brought a tear to my eye, and now I need to find a book focused solely on her and Odysseus. But every character stood out on their own, and Haynes gives them each a strong voice that will ensure you’ll never think of the Trojan war as only a man’s war ever again.

This is definitely a must-read for fans of Greek mythology, new and devoted. If you already know a lot about the Trojan war, you’re sure to widen your knowledge with Haynes’ broad research, but it’s also a great place to start for newer fans who are sure to want to read more after getting a taste of it here. 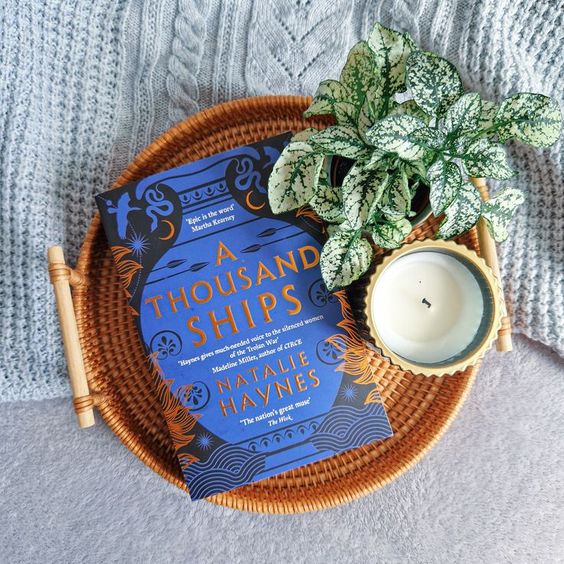