“I’ve been waiting for you a long time, Alina. You and I are going to change the world.”

Published in 2012 and the first book in Leigh Bardugo‘s Shadow And Bone trilogy, Shadow and Bone is set in the once-great nation of Ravka which has been torn in two by the Shadow Fold, a swath of near impenetrable darkness crawling with monsters who feast on human flesh. Now, its fate rests on the shoulders of one lonely refugee.

Alina Starkov has never been good at anything. But when her regiment is attacked on the Fold and her best friend is brutally injured, Alina reveals a dormant power that saves his life – a power that could be the key to setting her war-ravaged country free. Wrenched from everything she knows, Alina is whisked away to the royal court to be trained as a member of the Grisha, the magical elite led by the mysterious Darkling.

Yet nothing in this lavish world is what it seems. With darkness looming and an entire kingdom depending on her untamed power, Alina will have to confront the secrets of the Grisha… and the secrets of her heart.

I don’t often read fantasy books because I’m so used to fast-paced thrillers that I’ve become quite impatient in my reading, so I sometimes struggle to find my place in new worlds with mind-bending concepts.

Fortunately, I found Shadow And Bone so easy to get into. The world-building is fantastic and I could easily picture the gloomy, fantastical setting of the Grisha’s and distinguish between all the different characters and hierarchies.

The characters are all very likeable and I enjoyed the various relationships and alliances that Alina makes. I found the Darkling especially intriguing and am definitely interested to see how the series progresses.

I have also recently watched the Netflix adaptation of this first book. I struggled at first as it wasn’t how I pictured the setting or characters, but I really enjoyed it by the end and it helped me to understand the context of the story much better. I also enjoyed how the series incorporated the Six of Crows books which added more depth to the story. 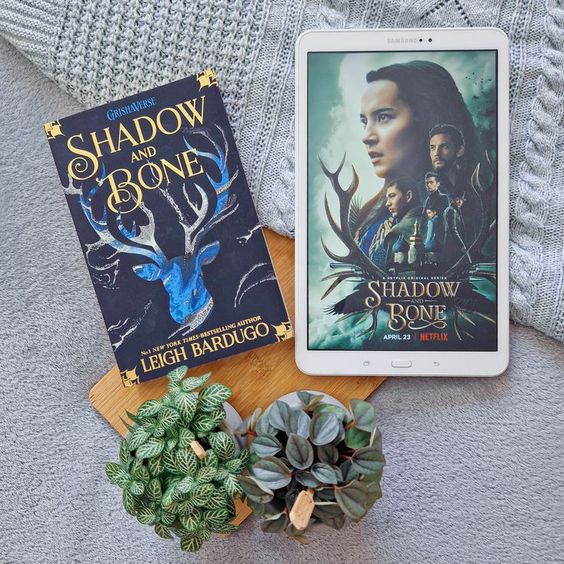