“It’s the most astonishing thing about getting old: discovering that all the pain, all the drama, is so completely transitory. You carry it with you. Then, one day, you’re gone.”

Originally published in 2001, The Pursuit Of Happiness by Douglas Kennedy is set in New York, 1945, where Sara Smythe, a young, beautiful and intelligent woman, is ready to make her own way in the big city. One night, she attends her brother’s Thanksgiving Eve party. As the party gets into full swing, in walks Jack Malone, a US Army journalist back from a defeated Germany and a man unlike any Sara has ever met before – one who is destined to change Sara’s future forever.

But finding love isn’t the same as finding happiness – as Sara and Jack soon find out. In post-war America chance meetings aren’t always as they seem, and people’s choices can often have profound repercussions. Sara and Jack find they are subject to forces beyond their control and that their destinies are formed by more than just circumstance. In this world of intrigue and emotional conflict, Sara must fight to survive – against Jack, as much as for him.

When I read historical fiction, I want to be drawn in to the characters’ lives, their setting, and the time period, and The Pursuit Of Happiness ticks all of these boxes with great accomplishment.

A tragic story of love, longing, acceptance, and betrayal, Kennedy tackles many issues by spanning many years through four perspectives. Sara, Jack, Eric, and Kate are each extremely compelling characters and seeing the story through each of their eyes provokes so many different levels of emotions.

Just when I thought my heart couldn’t break any more, something else happened to reduce me to tears once again. There are moments of happiness and reconciliation, but the characters’ struggles take dominance as Kennedy focuses on the harsh realities of life and the pressures of society during this time.

The 1940s New York setting is explored splendidly. I didn’t know anything about the McCarthyism period of history but I love when a book teaches me something, and The Pursuit Of Happiness is so insightful about the American political landscape of the 1950’s. I don’t usually find politics interesting, but the characters are so engaging and the angle of the story is so personable that I couldn’t help but feel emotionally attached to every moment.

The other thing that stood out for me is that, although Kennedy is a male writer, he writes his women so well. He really understood what was going on in Sara’s and Kate’s heads, and allowed Eric and Jack to show their weaknesses, too.

Even days after reading this book, I’m still thinking about the characters. It’s definitely a story that will stick with me. 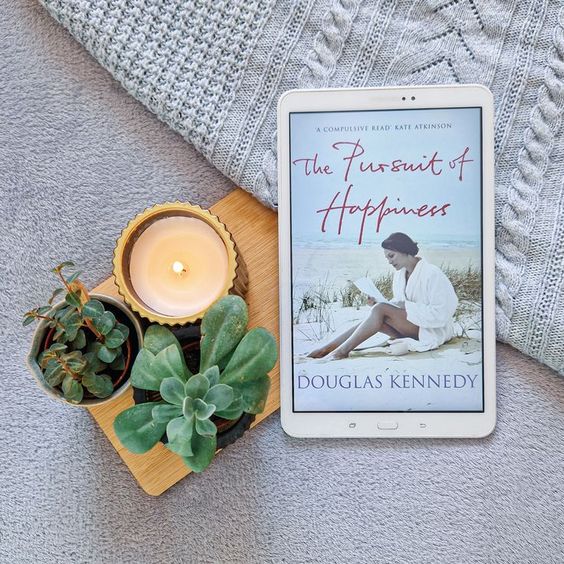