“A broken window. A bloody footprint. A murder hunt begins…”

The second book in Karin Slaughter’s Will Trent series and published in 2008, Fractured sees Atlanta housewife Abigail Campano return home unexpectedly one afternoon to walk into a nightmare. A broken window, a bloody footprint on the stairs and, most devastating of all, the horrifying sight of her teenage daughter lying dead on the landing, a man standing over her with a bloody knife. The struggle which follows changes Abigail’s life forever.

When the local police make a misjudgement which not only threatens the investigation but places a young girl’s life in danger, the case is handed over to Special Agent Will Trent of the Criminal Apprehension Team – paired with detective Faith Mitchell, a woman who resents him from their first meeting.

But in the relentless heat of a Georgia summer, Will and Faith realise that they must work together to find the brutal killer who has targeted one of Atlanta’s wealthiest, most privileged communities – before it’s too late…

Slaughter’s police procedurals never let me down. With a dark and complicated case and a gripping investigation to find the culprit, Fractured is another complex and absorbing crime thriller that lures you in with shocking crimes and brilliant characters.

From the prologue alone, I knew I was going to love this book. It’s gruesome and impactful, and then you’re hit with a twist straight away. And that’s why Slaughter is such a pro at keeping you so invested, as she immediately grabs your attention before weaving you in and out of a deftly plotted mystery of the who and why.

I think I’m yet to predict the outcome of a Slaughter book and that’s because she takes her time to connect the dots, ensuring that there is plenty of character development at the same time to ensure that you want to come back from more. And I will always come back for more Will Trent!

There’s a lot of focus on Will’s dyslexia in this instalment and I appreciate the attention Slaughter has given to this learning difficulty, discussing the different symptoms of dyslexia while also highlighting how having such a disability shouldn’t define a person or their abilities.

We are also introduced to Will’s new partner, Faith, for the first time, and she’s a brilliant character who I think is going to have great chemistry with Will, so I look forward to seeing how their relationship develops from here. 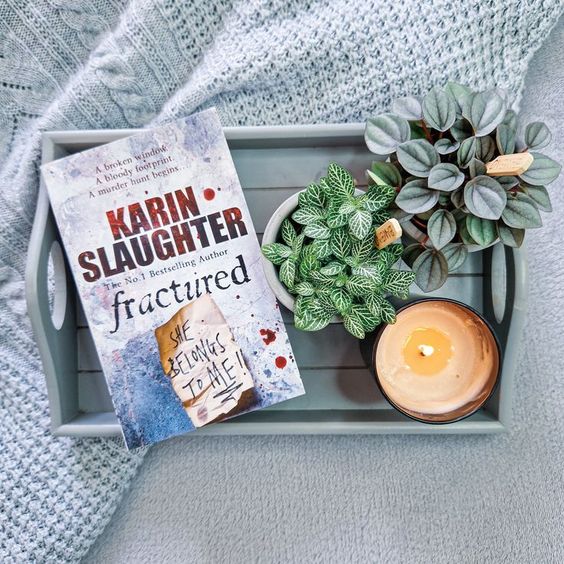