Published in 2020, The Alibi Girl by C. J. Skuse follows Joanne Haynes. But Joanne has a secret: that is not her real name. Her flat’s not hers, either. Neither are her cats. Even her hair isn’t really hers. Nor is she any of the other women she pretends to be. Not the bestselling romance novelist who gets her morning snack from the doughnut van on the seafront. Nor the pregnant woman in the dental surgery. Nor the chemo patient in the supermarket for whom the cashier feels ever so sorry. They’re all just alibis.

In fact, the only thing that’s real about Joanne is that nobody can know who she really is. But someone has got too close. It looks like her alibis have begun to run out…

A dark and gripping thriller with engaging characters, The Alibi Girl is a brilliantly crafted and unpredictable tale full of suspense.

I had no idea what was going on at the start and the theories started building early on, as I was so curious about the stories that Joanne told as her own, the lies she told to herself, and the odd mix of people that she surrounded herself with for comfort.

My interest was certainly piqued, and I loved the mysterious journey that Skuse takes you on. Her characters are all very compelling and it’s because of how quickly I warmed to Joanne that I was so invested in her story. And by the end, I really felt for her in this hopeless situation. She’s definitely a character that’s going to stick with me.

Foy and Neil’s side story is also very enjoyable as everything starts to come together towards the end. I didn’t know if the story was going to end in tragedy or hope, but there’s also a lot of dark humour that makes the bleakness of the situation a little easier to swallow.

The only thing that has annoyed me about this book is that I can’t get my head around the title. Because these aren’t alibis, are they? These are alter egos. So shouldn’t it be The Alter-Ego Girl? I know, it doesn’t sound as good and of course I’m only joking, but it’s just been niggling in my head since reading it!

On a more serious note, this is my first read by CJ Skuse and I definitely want to read more! 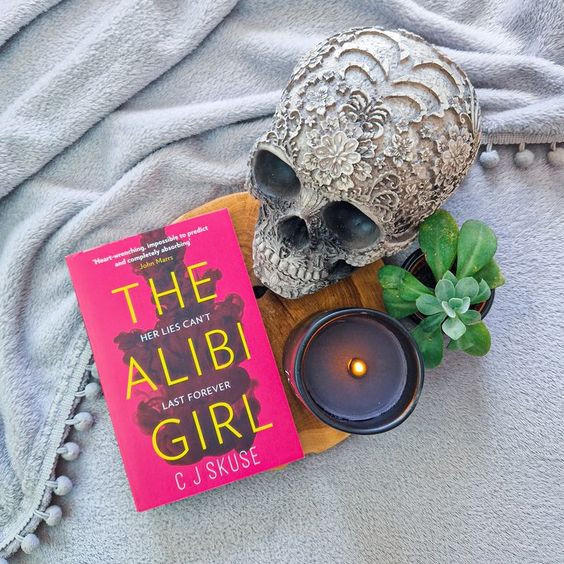