Set to be published on 3rd November, The Prisoner by BA Paris follows Amelie who has always been a survivor, from losing her parents as a child in Paris to making it on her own in London. As she builds a career for herself in the magazine industry, she meets, and agrees to marry, Ned Hawthorne. Now, Amelie wakes up in a pitch-black room, not knowing where she is or why has she been taken. But what she does know is that she feels safer here, imprisoned, than she ever felt with her husband, Ned.

A fast-paced and claustrophobic read, The Prisoner is a complex and binge-worthy psychological thriller with lots of atmosphere and a number of great twists.

Told over two timelines, the past and the present, The Prisoner, for me, was a book of two halves. The present is incredibly gripping and had me hooked from the beginning. Why was Amelie here? Who had taken her? What did they want from her?

As Amelie is forced into a pitch-black room with no idea what’s going on, the story feels instantly tense as the past and present slowly start to meet up with each other to reveal what’s going on.

But while it was really interesting to see how Amelie found herself to be in her present situation and get to know her properly, I just didn’t find the past as effective. This is only my second book by this author after loving Behind Closed Doors, so I found the fact that Amelie had been gaslighted by a powerful man to be a little tedious as I feel like I had read it all before. I did really like Amelie as a character and thought she was developed well, but I just couldn’t invest in her more strongly when I couldn’t help but eye-roll at her situation.

And then comes the book’s ending, which I found a little underwhelming, as well. The answers themselves as to why Amelie was forced into this situation were unpredictable and cleverly plotted, but it was the setting of the final scenes that took away a lot of the intensity, for me, which left me on a dip of enthusiasm rather than a high of shock.

My criticisms here are likely because I read a lot of thrillers so there are a few tropes that I see too often. But overall, I did find this thriller very entertaining and I will always be excited by what BA Paris writes next. 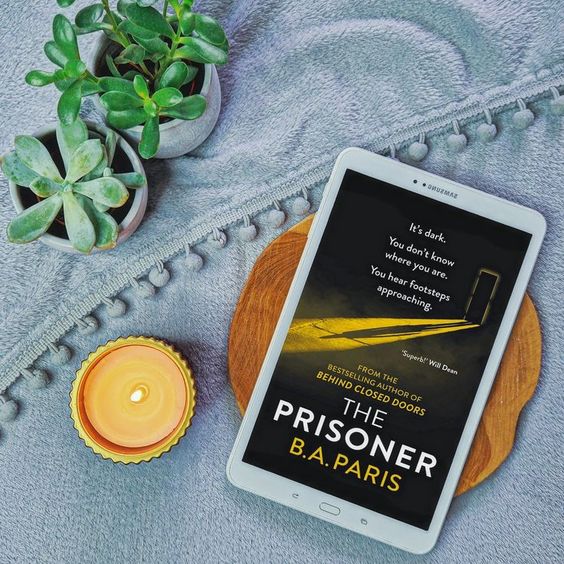